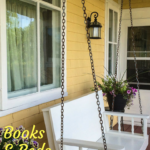 In this second annual round-up of the books I’ve read and the beds I’ve slept in, I gotta admit I’m cutting corners on the reading list. Every year, I promise to keep better records, because by December it’s all a jumble. I’m left to cobble together notes, scan my bookshelves, log in to Amazon and Goodreads to patch together what I’ve read.

Some books were read on my Kindle Paperwhite, some were on Tom’s iPad, some were paperbacks, and some were hard-covers. I find notes of what I’ve read mixed in with travel notes; sometimes my reading selection is ignited by my travels. Uncharacteristically, there were even some books I didn’t finish. This is an incomplete list, but even so, I remember so much more about the year when I recall what I was reading along the way.

Which brings me to my 2016 bed count: 54 beds in 45 cities. My records are pretty good on this account, because I reserve beds but stumble upon books. Also, I need to document my whereabouts so that when you (or I) search our site or ask us for advice, you’ll hit upon something. (And so will I.) Oh, THAT place!

Books and beds together define my year, and describe so many places I’ve visited, not by land or by sea, but by imagination.

One thing is sure, I will read more poetry in 2017. I’ve promised myself that. Poetry and notable passages jump out to me now in a more urgent way. I suspect I’m not the only one leaning in to try to understand more, do more, change more. My reading and notes are already more focused this year.

THE BOOKS
Eight of these titles have some Minnesota connection.

When I'm Dead All This Will Be Yours!: Joe Teller – A Portrait by His Kid, by Teller

Between the World and Me, by Ta-Nehisi Coates

The Life-Changing Magic of Tidying Up, by Marie Kondo

Augies's Secrets: The Minneapolis Mob and the King of the Hennepin Strip, by Neal Karlen

A Brief History of Seven Killings, by Marlon James

The Price of Salt, by Patricia Highsmith

The Nightingale, by Kristin Hannah

The Wait [unpublished], by Jennifer Bonner with Susan Cushman

Backpacking with Dracula, by Leif Pettersen

Stories of Your Life and Others, by Ted Chiang (The short story upon which the movie “Arrival” is based)

Kitchens of the Great Midwest, by J. Ryan Stradal

Why Still Dance, by Phebe Hanson

We've provided some handy links above. In some cases, we have affiliate relationships. So if you order books via our Amazon links, for example, we might earn a couple cents. Hey, that's what our opinion is worth!

We've linked to hotels we especially liked, and we are affiliates of Booking.com, too. But mostly we just want you to know what we liked.

Our sponsored trips this year included Quebec and Maritime Canada, the AmericInn hotels of Nebraska, Viking Roof of the World River Cruise (China) and UnCruise Adventures' Sea of Cortez. Context Travel, another affiliate partner, provided us with some great guided tours in Canada and Asia.