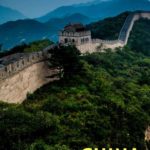 It’s complicated summing up a trip like our recent travels to China. When people ask, How was China?, or What did you think? a little voice tells me they are looking for an answer as short and simple as the question.

“Oh, it was great,” is generally a sufficient answer, at least at a cocktail party.

It’s complicated because China is complicated and because we met up with a few dozen other people on our travels with Viking River Cruises. [We were hosted by Viking on our trip, which ran from September 19-October 4, 2016.] The Viking itinerary that piqued our interest is called “Roof of the World,” because it includes not only a float down the Yangtze River but a side trip to Tibet. In a nutshell, it started in Beijing, went on to Xian (Terracotta Soldiers), then jumped to Tibet and back to Chongqing, where we boarded our ship. We disembarked in Wuhan and flew to Shanghai for the finish.

Friends and readers ask about things we seldom write about: the other people on the cruise, the logistics of changing money, or access to a decent internet connection. Check out the following and related posts as I break our China journey into parts about land, river, and the cruise experience with Viking.

As our group convened in Beijing, we quickly picked up on the wide spectrum of expectations, range of interests, and varying degrees of physical fitness among the passengers. But we shared a common motivation, too. Everyone wanted to get to know China, and everyone hoped to learn something about Tibet. When we asked why they’d selected this trip, most said something about wanting to see China while they had the chance.

I hoped this didn’t mean I was part of their dying wish.

Our fellow passengers ranged in age from slightly younger than us to considerably older. Our group of about 27 (one of two busloads taking the Tibet tour) was all North American. For international flair, we had a couple of French Canadians and a couple transplants to Oregon from Switzerland. We were surprised to meet six other Minnesotans and a couple Iowans. Others came from coast to coast, and besides French and German, we heard New Yorker and broken Spanish. Interests ranged from bird watching to marathon running, from academics to accounting, from Dr. Seuss and Girl Scouts, to Buddhism, art, history, and shopping. Artificial knees were also a big topic of conversation.

Tom and I aren’t used to moving in a group, and we know others shared our pain the first few days. On the other hand, traveling on our own gave us the chance to arrive in Asia three weeks earlier, and we spent three days in Beijing before joining our Viking program. We can’t recommend enough that you allow at least a few days before the start of a tour to get your feet on the ground and recover from jet lag.

So I pitied the people who had arrived just 12 hours earlier (with a 13 hour time difference and 20 hours of travel) when we took the bus from our Beijing Fairmont Hotel to Tiananmen Square that first day. Ouch. This first outing was particularly slow as our guide, Angie, worked to get to know the people she would ferry around for the next 16 days and assess the mobility of people using wheelchairs, walkers, and canes to get around.

This, too, is part of a river cruise.

Of course, we all got to know each other and move along easier as the trip progressed. Some noted that the itinerary was more physically demanding than they expected, and Viking might take more care detailing the challenges on its website. While walking around may not seem to be too big a deal, consider getting on and off a bus frequently, slow walking on rough surfaces, standing around waiting, four days of flight travel within China (can your schlep your own bags?), not to mention the 12,000-foot-altitude and 700 steps to the Potala Palace in Tibet. It’s not easy.

Before we embarked on Viking’s Emerald, we had eight nights to get acquainted with China and each other. In Beijing, after the long morning in featureless Tiananmen Square (there’s a reason there are no benches,) we crossed under the wide, busy street (perfect for parades) and into The Forbidden City. Here I could have spent more time, but we saw the enormous temples, the massive entrance and moat, the concubine’s quarters, and the Imperial Garden. We could imagine the city in its glory days when only the emperors and court were allowed, and it was cool to recognize details from the film, The Last Emperor.

As we adapted to our group, we began to experience the throngs of people in China. Tourism is alive and well, and 90 percent of the tourists are, not surprising, Chinese. Crowds in China are a constant, and movement around popular sites becomes intertwined with understanding China’s one child policy, it’s economic growth, and the general disregard for queues and personal space. Mostly, the procedure is to keep shuffling along with the crowd. Otherwise, it’s untenable. As it is, for westerners it can be pretty damn unpleasant; sometimes we'd give up and exit an important exhibit to escape the jostling.

From day one, we also began to see China in its current state, and learn, bit by bit, tons of facts and fables about China from Angie. There are 1.4 billion people in China, and 24 million in Beijing. Angie reminded us that the ‘one party system’ is ideal, because that’s just too many people to decide anything any other way. “We are positive, because we have no choice.” We are optimistic because we are being taken care of. We have enough because enough is what we have.

Fellow passengers occasionally exchanged looks of acknowledgement that we were hearing propaganda. Yes, we heard plenty of the party line. But we could also hear in Angie’s voice, especially as the trip progressed, her awareness of the lessons she was teaching. Although Chinese don’t talk about the 1989 events in Tiananmen Square, for example, the events will be recounted in English over the QuietVox headset we were using.

We learned a smattering of Chinese practiced every day with Angie as we started out on the bus. Throughout the journey we received good advice on everything from where to buy souvenirs, how to avoid pushy street vendors, where to find the best toilets, and how to find a good boyfriend. (He should provide the five Cs: condo, car, career, culture, and cooking skills.) Viking arrangements thoughtfully delivered us to busier sites early in the day, before the biggest crowds. Everywhere we went, Angie answered our questions patiently. And our group asked some excruciatingly mundane questions, trying to get at the daily life of average Chinese citizens.

While still in Beijing, we visited the hutong area (see our separate Hip Hutong tour with Context Travel here) to see what the old residential area of Beijing is like today. We entered an old family courtyard home that had been broken into small studio apartments and were welcomed by the single woman who lives there. While the group took in the small quarters, the woman's niece showed us her exquisite snuff bottles, hand painted from the inside. (Jing was named a National Treasure for her art and featured in Beijing Olympics promotions.) This glimpse of contemporary living–and commercialism–inside the old structures was eye opening. Toilets are down the street, kitchens are often shared among many families, and still the residents are proud of the history that allows them this space in the old city. The young tend to want to move to one of the shiny new high rises.

Other sites we visited around Beijing included the Great Wall and the Summer Palace, where we crossed the lake in a dragon boat to view the painted beams along the lakeside arcade. We walked through the impressive statues lining the entrance to the Ming Tombs. Evening options included “The Legend of Kung Fu” show (go, if you ever have the chance) and a Peking Duck (I mean Beijing Duck) dinner.

Of course, casual sightings of people going about their everyday lives become essential memories of a place. We saw kite flying by day and lit-up kites flying at night, people playing mahjong and other games, small groups gathered for evening Tai Chai in the squares, and, naturally, groups of old men and separate groups of old women gathered to talk while they sipped tea from their thermos bottles. What we observed throughout showed us that capitalism and upward mobility are alive and well in China, and that families and neighbors enjoy relaxing together.

Worn out from our Beijing tours, we all wondered a bit at the rationale of flying to Xian, when the only planned excursion there was a visit to the Terracotta Soldiers. During the bus ride from the airport to our Xian Shangri-La Hotel, we marveled at this chance to see a smaller city–only 10 million people! As in sections of Beijing, we saw again the vast regions of high rise condominiums, most around 35 stories, going on and on and on, still being built, and many still unoccupied.

In short, the Terra Cotta Warriors were, without doubt, worth the trip. See Tom’s post with photos here.

Now we were ready to move on to Tibet. Check out our Tibet post for more information.

19 thoughts on “A Yangtze River Cruise in China”