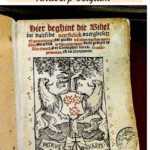 The Plantin-Moretus Museum in Antwerp, Belgium holds a distinction. It’s the only museum in the world that is a Unesco World Heritage site. Of course it didn’t start out as a museum–not that being a museum is a bad thing. But, perhaps of all the hundred or so Unesco World Heritage sites we’ve been to, the Plantin-Moretus family home and printing business was, like so many other Unesco sites, a place where people lived and worked and achieved extraordinary things that affected the entire world that came after.

The Plantin-Moretus home and workshops are the only surviving printing workshop and publishing house in the world and date back to the Renaissance and Baroque periods. The firm’s production activities continued in the same location for three centuries, from 1576 to 1867.

I may be prejudiced by my career as a publisher, but I believe the Plantin-Moretus home, workshop, and publishing house complex is in the running for the most important historical site in Europe–because Christophe Plantin and his son-in-law Jan Moretus were printers and publishers. And, while Johannes Gutenberg may have invented modern printing, Plantin and Moretus perfected it in the 16th Century and caused the words they printed to spread all over the world. That’s world changing stuff, and far more important than one more ornate cathedral.

I’m not going to write an essay here about the post-Reformation merchant culture of Northern Europe, (and how the comparatively secular nature of the Protestant north led to a society we’re more likely to recognize as a modern meritocracy.) But I will opine that the cities of the north of Europe, such as Antwerp, Amsterdam, Bremen, and Bruges, that grew up around a city hall and merchant guild houses rather than a cathedral, were far more instrumental in spreading knowledge and trade–and a notion of the equality of man–than a church that was invested in perpetuating a hierarchy of thought that had it at the top.

Anyway, enough preaching, and on to pure admiration for Plantin and Moretus and their printing business.

The Museum is tucked away in Antwerp a good walk from the beautiful Antwerp train station. But since we came to the city of Antwerp primarily to see the Museum, it was a walk we gladly made, even in the light spring rain.

From the outside, the building is nothing special. It looks, more or less, like any other building of that vintage in Antwerp. It’s not exactly austere from the outside. The facade speaks of money, but in that northern European style of reserved taste rather than ornate ostentation. Plain, in the best sense of that word.

It’s the inside that holds the treasures–the books and decorative prints, and the machines that made them. And, by extension, the air of the art, craft, and imagination of the men who created such wonderful machines that were the backbone of their important printing and publishing house.

There are amazing and priceless artifacts here, including the two oldest printing presses in the world. In the extensive library, there is a Gutenberg Bible, a five language Bible, with commentary, printed by Plantin and Moretus at the behest of the Spanish King, Felipe II, portraits of the family painted by Peter Paul Rubens, illuminated texts from the 11th Century, and an illustrated volume of Ovid’s Metamorphoses printed in 1474.

But what interested me even more were the tools and methods of this early printing. There were endless cabinets of type of all faces and sizes. The museum houses the original dies and matrices of Claude Garamond. And you type freaks know all about the Garamond typeface.

There are, as I said, countless examples of the 15th and 16th Century printer’s craft. Presses, to be sure, but the tools used to cut type, the boards where type was set by hand, the wedges used to justify type into neat columns, and the fantastically accurate frame and pin system used to register etched plates used to print multiple colors on one page. If you’ve ever seen a color photograph printed out of register in your newspaper, you have to wonder how these supremely skilled craftsmen could turn out such incredible printed works over 500 years ago while they can’t get it right today.

Obviously, there’s a lot of history here, contained not only in the wonderfully preserved remnants of the techniques of printing, but also in the books they chose to publish. There were, of course, piles of religious works such as the Bible and the writing of theologians such as Augustine and Thomas Aquinas. Many of these were illustrated by the greatest artists of the Renaissance and Baroque periods, including the above mentioned Peter Paul Rubens and Pieter Bruegel the Elder.

But Plantin and Moretus were also instrumental in publishing–and keeping alive–classical works such as those of Cicero, Ovid and Horace.

But arguably most important were the scientific works they published, including detailed anatomy texts printed at a time when publishing such things could get you in trouble with the church.

Speaking of trouble with the church, in the reading room, there are also texts printed in Antwerp, including a Lutheran Bible, that got its printer beheaded for heresy.

Plantin himself was targeted by the Spanish Inquisition (Spain ruled the area at the time) and his workshop was raided in 1561 by the Spanish who were searching for “heretical” texts. To avoid being jailed, he had to sell all his equipment so nothing incriminating could be found in his possession. He later bought them all back and continued his business.

The museum is also closed on the following public holidays: 1 January, 1 May, Ascension Day, 1 November, and 25 December. The museum is open on Easter Monday and Pentecost Monday.

The Reading Room and libraries are open from Monday to Friday from 9.30 am to 4.30 pm.

The Reading Room is also closed on several days during the year. Be sure to check the Museum web site for random closing days.

Here is a list of UNESCO World Heritage sites in Belgium, with links to stories about ones we visited. 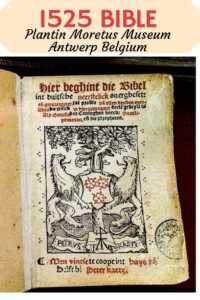 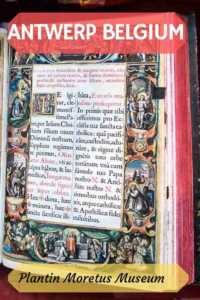