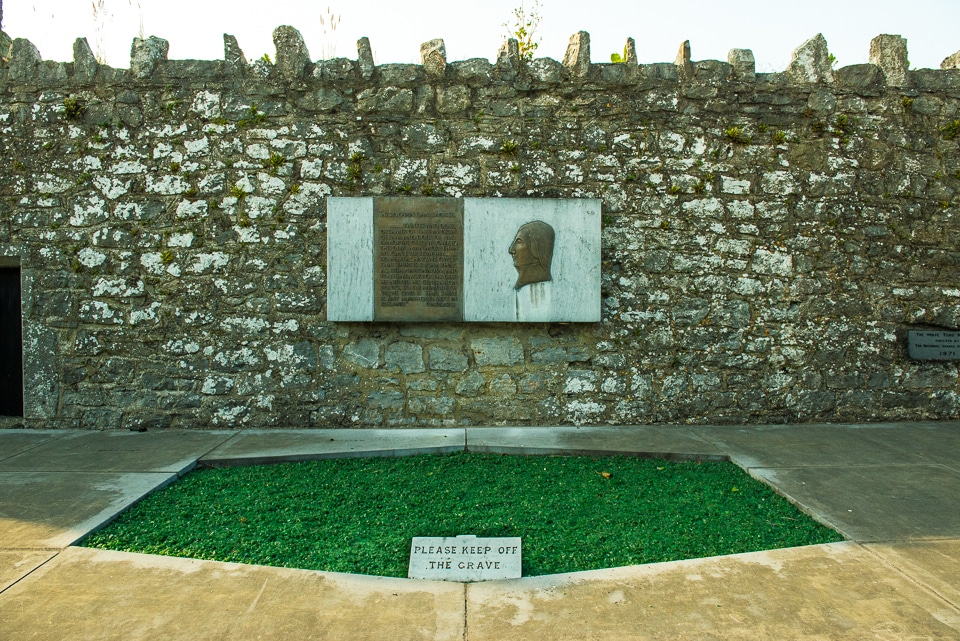 Wolfe Tone was known as the father of Irish republicanism. Inspired by the American and French Revolutions, he believed that the Irish would also have to fight to achieve their independence. Consequently, he became one of the leaders in the first organized Irish rebellion against the English in 1798. He was captured by the British and sentenced to be hanged as a traitor to the crown. He requested to be shot, as befitted a soldier, but the English refused him this dignity and scheduled his hanging. To thwart them one last time, he cut his own throat in prison and died of his wound several days later. His grave in Bodenstown, County Kildare is a simple affair–a wall and a plaque. The grave itself is covered with bright green crystalline stone.