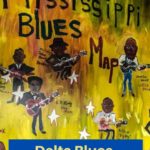 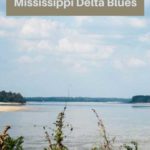 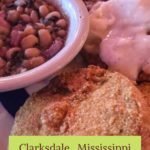 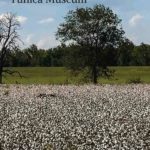 On an unplanned swing south into Mississippi from Memphis, we drove around as you might walk around a city, just wandering. We were looking for the roots of the blues, the ghosts of the music makers, and the views from this southern section of U.S. Highway 61. Meaning, we were driving in circles.

Our base was the Roadhouse Casino in Tunica. The enclave of resort casinos was built about 20 years ago, just 30 miles south of Memphis in order to draw from the metro area. Fifty miles further south is Clarksdale, home to the Delta Blues Museum, and further down the road is Rosedale, where Blues master Robert Johnson is said to have made his deal with the devil at the Cross Road.

Within a fifty-mile radius or so, dozens of American’s blues musicians were born and raised, and they shouted, slapped, picked, and tapped out our earliest blues sounds.

The main artery through Tunica County is Route 61, a straight line connecting dots in the vast flat fields of cotton. Side roads sometimes lead to another town, or might be very long driveways to unseen private property. It’s hard to tell. On a map we see the curlicue image of the Mississippi River, decorated with the boomerang-shaped lakes left behind as the river has changed course. The state border with Arkansas runs along the river, or curls in and out of the oxbow lakes on either side of the main current. Down by the river, you can't be sure which state you're in.

You won’t see the river from the road. In late September, we saw some fields of cotton ready to be picked, showing off their white fluff after the leaves had dropped. Other fields still wore their green, and the majority were already turned over to dust. In the distance, spires of smoke indicated fall clean-up work on this farm or that.

We pulled off to stretch our legs at one intersection, then walked to the field's edge for a closer look and photos. We were quickly met by a friendly guy who pulled up in his white pick-up truck to ask if we’d never seen cotton. Busted as the Northerners we are. Our new friend was born in Iowa, and grows corn down here, too.

I was wrong abut the location, but right to visit the Tunica Museum that focuses on the history of the county. It was founded in 1997 with funds directed from the casinos, and it does (adding to my confusion) include a nature trail through the 13 acres out back.

I asked about the trails when met by two staff at the entrance. They warned me about potential encounters with snakes on the trail, since it had been raining recently. “Watch where you step, and they can fall out of trees, too.”

While I considered the snakes (still thinking I’d follow the trail to the river), I strolled quickly through the museum itself. I followed the corridor counterclockwise around the square building, stopping for exhibits featuring local flora and fauna, indigenous people, arcane local news and weather stories. The next section offered some context about local progress in agriculture, education, and civil rights, with photos and news stories and artifacts from the lives of the locals and their public institutions. I skipped past some video stories, still thinking I’d walk the trail, and wondered at the didactic on desegregation. It essentially stated that no one was happy with the results.

Turning through the last rooms, I found myself in what appeared to be part office, part library, part mail room and part break room. The museum’s director and staff were finishing up their sack lunches.

Greetings, introductions, and questions ensued, and I ended up chatting with Richard Taylor, the museum’s director, for more than an hour. I picked up a lot of facts, of course, from Richard (and a bit of subsequent research). The county population of about 10,000 is 30% white and 70% black. The school district has been taken over by the State of Mississippi for non-compliance, non-performance, and failure of previous take-over attempts to affect any change. Apparently the tax revenue garnered from the casinos and earmarked for education hasn’t had much impact. The 2000 census showed that Whites made up less than 2% of the public schools.

We talked about another side of the coin, when an opportunity of a full ride scholarship to Notre Dame was turned down by the local boy who just couldn't envision himself outside his own community.

We talked about Vietnam and protests. Taylor is a vet and the Ken Burns documentary was airing. We talked and disagreed about most current events: about the NFL players taking a knee; about what the flag represents; about ‘Black Lives Matter;’ about how to protest and how to accept change.

The discussion was, nevertheless, inexplicably hopeful. Taylor works hard and volunteers hard to keep the Museum and the community moving forward. Just as the casinos provided opportunities and revenue, their decline means the community's budget is now half of what it once was. Taylor and casino people we talked to wondered how allocations were determined, where it's all gone. In the case of the Tunica County museum, the staff has been trimmed, the air conditioning is spotty, the ceiling shows signs of water damage. A pet project of Taylor’s, working with youth to build a large gazebo on the museum grounds for natural science education, has been stalled due to lack of funds. Building reserves now go to operation.

Richard left me with two refrains. The first is a lesson in local politics, I guess: “Anything can change, as long as it doesn’t change anything.” And the second is, perhaps, his own mantra: “We’ll survive.”

With another warning from Taylor, I decided to skip the snake-infested trail. I got in the car and drove through the historic town of Tunica, and off to find the river. With a few false turns, a little trespassing, an exciting drive along the levee itself, I made my way to the riverside. The Mississippi River, the very same as–and entirely different from–the river in my Minnesota hometown, keeps on flowing.

4 thoughts on “Tunica County and the Mississippi Delta Blues”