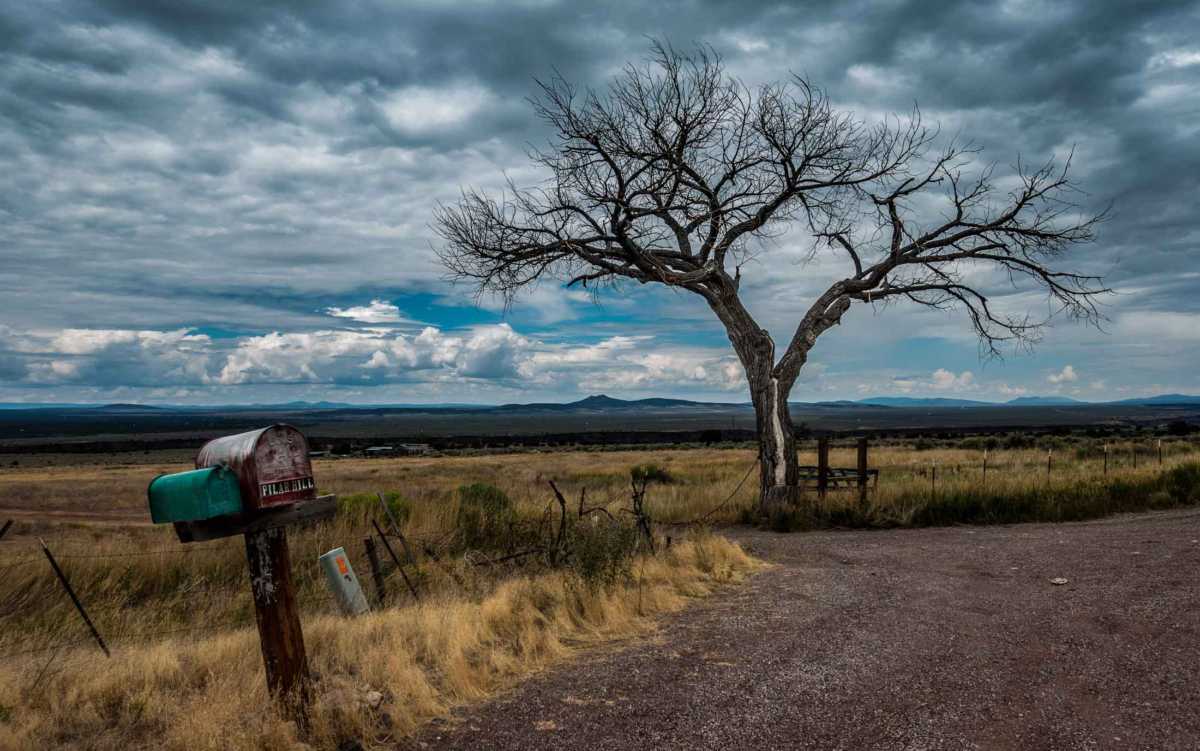 We were zooming along the highway between Santa Fe and Taos, just admiring the clouds when this scene sort of just jumped out at me. The tree was alone in the scene, as was the mailbox and the shabby fence.

And the tree had a strange white stripe down its trunk. I thought maybe it had been hit by lightning some time ago.

But mainly, I just liked the way the tree and the mailbox looked sort of lonely against the sky and the mountains.

So I slammed on the brakes and slid to a stop in the gravel on the side of the road about 50 yards past the tree.

I unslung the camera from the back of the headrest (where I usually carry it when driving,) and walked briskly back along the side of the road, crossed the highway, and made three snaps. They were all pretty much the same, but I liked this exposure the best.