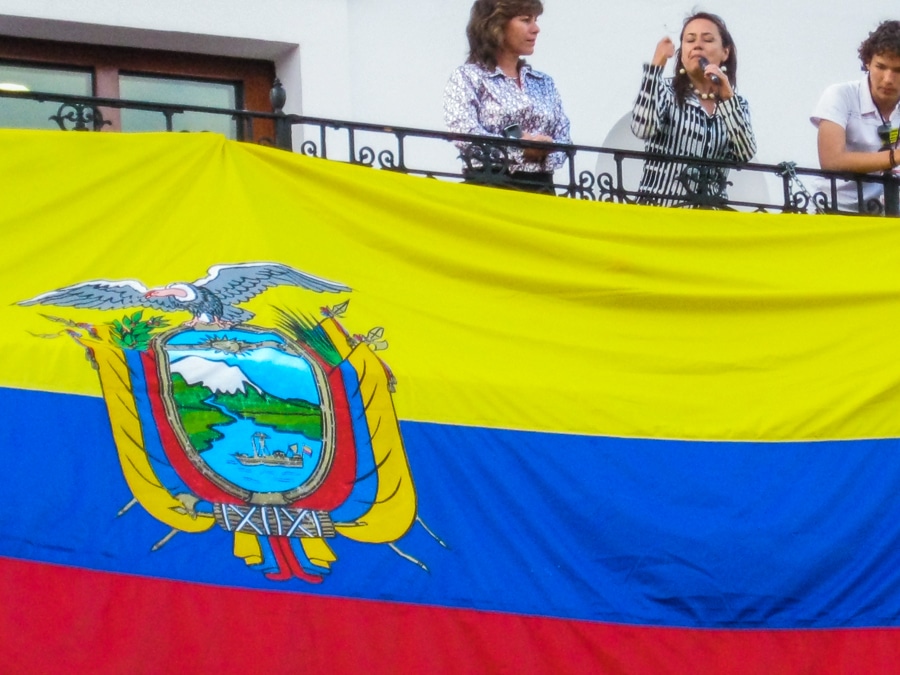 During a day when the government of Ecuador was in doubt, a supporter of the President spoke to the crowd gathered outside the presidential palace in Quito.

When we were in Ecuador, there was an incident in September 2010 that the President preferred to call a coup attempt, but most neutral observers called a grandstanding event. Either way, there was plenty of bombast. And, by the way, seven people got killed.