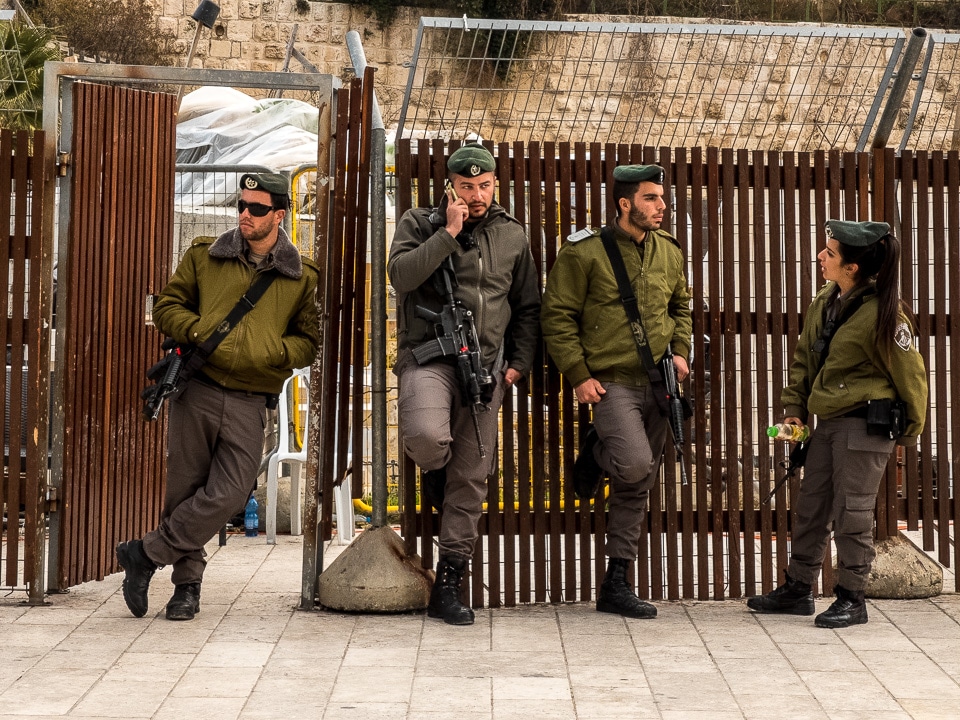 if you're walking around some parts of Jerusalem, you can't go more than about five minutes without seeing heavily armed soldiers. Israel is not the first country we've been to that has armed soldiers on the streets. We were in France for a month in December and we saw plenty of automatic rifle-toting military, not that it did the people at Charlie Hebdo much good.

The difference in Israel, to an untrained eye, is that the security seems omnipresent and consistent. There are metal detectors at most public buildings, especially ones that have some Jewish or Muslim religious or governmental role. (There's no obvious security at the Christian churches.) The security questioning we got at the Rome airport before boarding the flight for Israel was thorough and made sense. As an Israeli told me after we got here, “We believe in profiling, and we're really good at it.”

The soldiers on the streets here seem casual, but you get the distinct feeling they are watching all the people around them very closely. In France, you wondered what they were doing marching up and down the lobbies of the train stations, other than putting on an show.