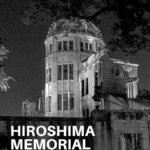 My father was a World War II veteran. He saw some terrible things that he would never talk about. He was at Omaha Beach, Bastogne, the Huertgen Forest and participated in the disastrous operation Market Garden in Holland. Only under prodding would he occasionally reveal sketchy details of what he had seen.

But I remember clearly one thing he once said: “I felt so sorry for the civilians. We saw them walking away from towns we were fighting in carrying whatever they could. But, sometimes they just couldn’t get out of the way. Every time I’d see a dead mother or child, it just broke my heart.”

Dad fought in Europe. But I also remember a discussion we had when I was a teenager fascinated with World War II history. It was about using the atomic bombs on Japan. He said we had to do it or many more Americans would have been killed in an invasion.

One thing was certain: the Japanese were ferocious fighters–as we had found out first hand all through the Pacific island campaign. They also had a justified reputation for mistreating their conquered foes and prisoners of war. The thought of having to invade Japan in order to put and end to World War II was distasteful to everyone.

But after seeing the record of destruction in Hiroshima and Nagasaki during the past week, I can’t help but ask if we couldn’t have figured something else out to get Japan to surrender.

Here are a few things I learned at the A-bomb memorials.

The US and its allies never considered using the A-bombs on Germany. For some reason, Japan was to be the only target. I’ll leave it to you to come up with your own theories as to why that was the case.

We gave no warning about the bombs. We dropped them both in areas that contained some military targets, but also schools, shops, and homes, and, in the case of Nagasaki, farmers’ fields far from the center of the city.

Before we dropped the A-bombs, we stopped our conventional air attacks on the possible target cities. This was to preserve the cities so that we could accurately assess the destruction the A-bombs did.

Our “conventional” bombing attacks in the four months before the A-bomb attacks included incendiary bombing of entire cities. We killed over 100,000 in one night in Tokyo with such an attack–more than were killed immediately by either of the A-bombs.

One of the reasons we wanted to use the A-bombs at all was to justify their cost to the American people. It was, of course, the most expensive weapons program ever undertaken.

Another reason was that we foresaw our pending conflict with our “ally” the Soviet Union. We wanted to flex our muscles with them after they, after all, had done more to defeat Hitler than we had, and were currently occupying all of Eastern Europe. They were also poised to finally enter the war against Japan after we had done all the heavy lifting in the Pacific. We wanted to put a stop to them getting an advantage over an already defeated Japan.

So, we weigh these revelations together with the horrible images of the Japanese mothers and children on the ground at Hiroshima and Nagasaki. As my Dad said, “they just couldn’t get out of the way.” And that breaks the heart of anyone who goes to those memorials today.

The so called A-Bomb Dome was originally a cultural center in the middle of the business district of Hiroshima. It stood approximately 160 meters from where the atomic bomb exploded at an altitude of 600 meters over the city on August 6, 1945 and was the only building near the epicenter of the explosion left standing after the blast. It has been reinforced since then and was left standing as a memorial to the 70,000 people who were killed instantly in the explosion, and the subsequent 70,000 who died later of injuries and radiation poisoning. Today, the dome is the key structure in the Hiroshima Peace Memorial Park.