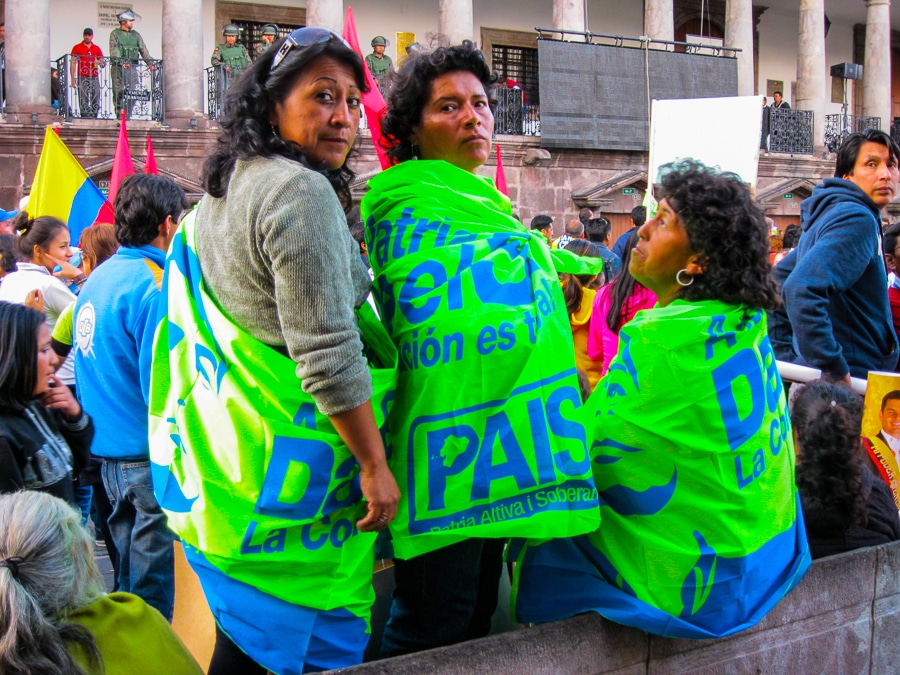 These three turned up in the Plaza Grande of Quito on October 1, 2010 to demonstrate their support for President Rafael Correa, the day after Correa orchestrated an incident that purported to be a coup in order to rally support for himself. Correa himself was uninjured and was never in danger, but seven other people including police and soldiers lost their lives that night. One of the alleged villains in the coup story was the press, so yours truly and the rest of us wielding cameras were not very popular.