There are some nice pieces of ancient Greek art at the Acropolis Museum in Athens. Unfortunately, most of them are not from the Parthenon. A lot of them have been dug up, again relatively recently, from a find on the Acropolis which was essentially a burial ground of much statuary that was interred there after the sack of Athens by the Persians in the Fifth Century B.C. As the pointed signs will tell you, the Greeks believe the major damage was done to the Parthenon, not by the Persians, nor by the Turks or Venetians during their occupations of Greece, but instead by the English. The British Ambassador to the Ottoman Empire in the early 19th Century, Lord Elgin, managed to cut down and haul off to England the very best of the Parthenon marbles. You can see them today in the British Museum.

Now, I don't think that's as bad a thing as the Greeks would like us to believe, because the marbles that weren't appropriated by Lord Elgin were left to deteriorate in the acid atmosphere of polluted Athens for the subsequent 200 years or so until finally being moved indoors to the protective confines of the Acropolis Museum, which finally opened in 2009. Consequently, the marbles that were left on the Parthenon are so degraded that it's only by reading the placards that accompany them, or by looking at drawings made in the 17th Century, that you might have any idea of what they represent.

So, whether you think the marbles should be returned to Greece or not, it's an inarguable fact that the British preserved them while the Greeks let their own spectacular heritage go to near complete ruin. 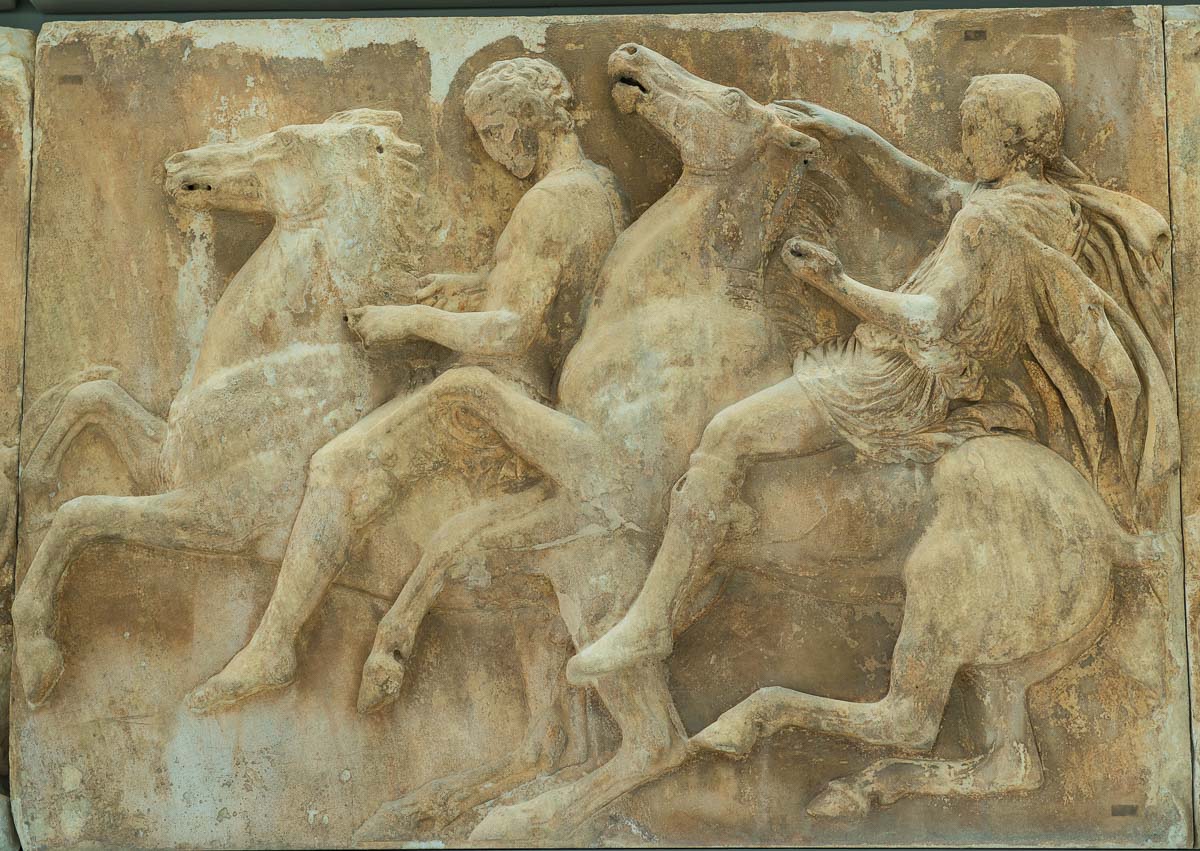 This is one of the very best of the Parthenon marbles in the Acropolis Museum. Most of them are much much worse than this. 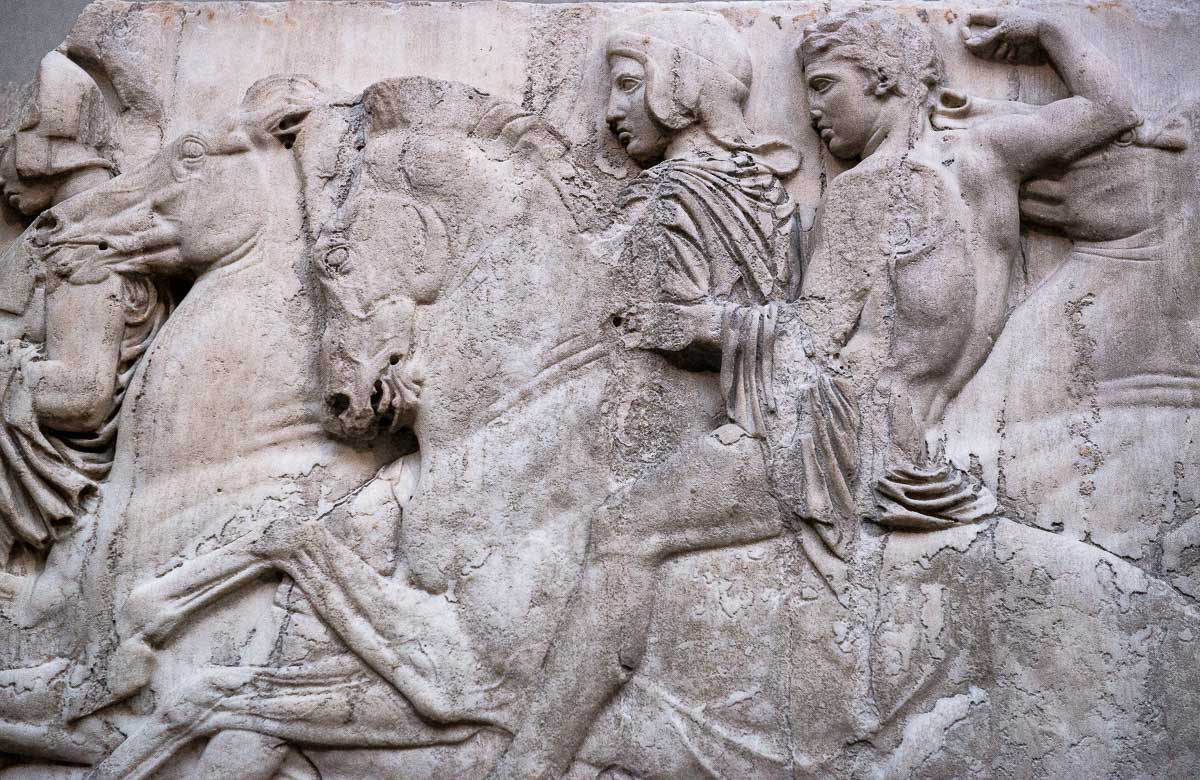 Compare it to this one, from the British Museum, that I photographed last year.

One might even infer that the bust at the top of this post (from the Acropolis, but not from the Parthenon) seems to be crying for the great loss to human record. At least that's what I'm going with.

But that's the past. And now Athens has a lovely home for the marbles at the Acropolis Museum. Maybe it is time to give them back.

17 thoughts on “Musings on the Acropolis Museum, Athens, Greece”