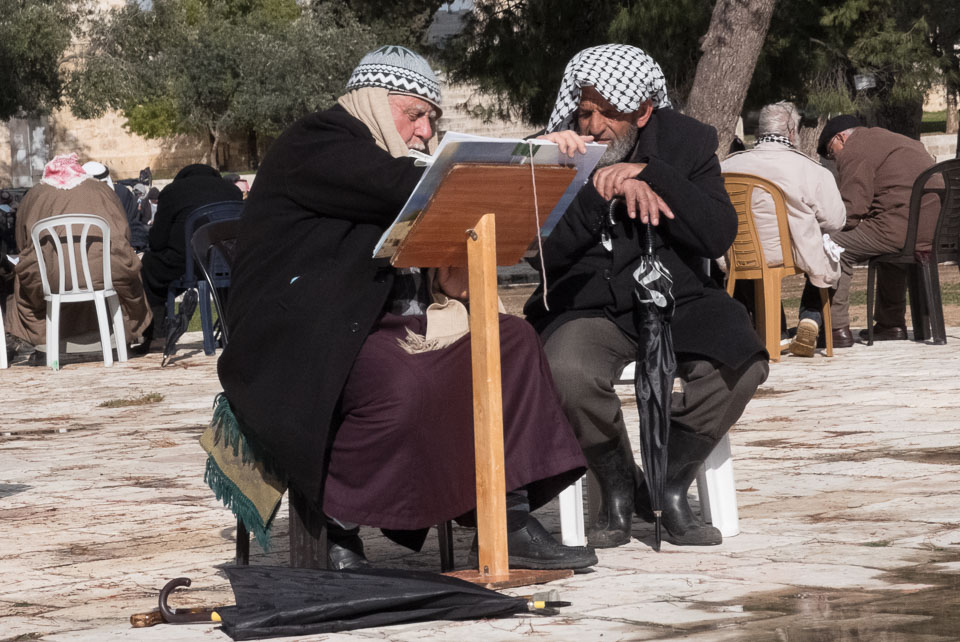 The area around the Dome of the Rock and the Al Aqsa mosque was fairly light on tourists. They make it sort of difficult to get up there if you're not a Muslim. But on the morning I was there, the square was crowded with groups of men and women set up much like these two: a book and a lively discussion. The groups included a group of about 20 women, and several smaller groups of men spread all over the area in the shadow of the Al Aqsa Mosque. For the most part, the discussions were extremely animated.

But these two were sitting almost immobile, quietly talking to each other, and occasionally pointing to the text and maybe turning a page. I stood and watched them for a few minutes and tried not to be too obvious that I was taking their picture. There was sort of a general air of tension in the Dome of the Rock square anyway, and I certainly didn't want to add to it.

But these guys were oblivious to everything except the book in front of them and each other. And, that's not a bad thing.