The temple of Sobek at Kom Ombo is yet another of the fascinating temples along the Nile. I like this one because it's dedicated to Sobek, and who doesn't like crocodile headed gods?

Sobek is one of the creator gods, and is closely identified with the pharaohs, the Nile, the military, and sexual prowess. And who doesn't like prowess? 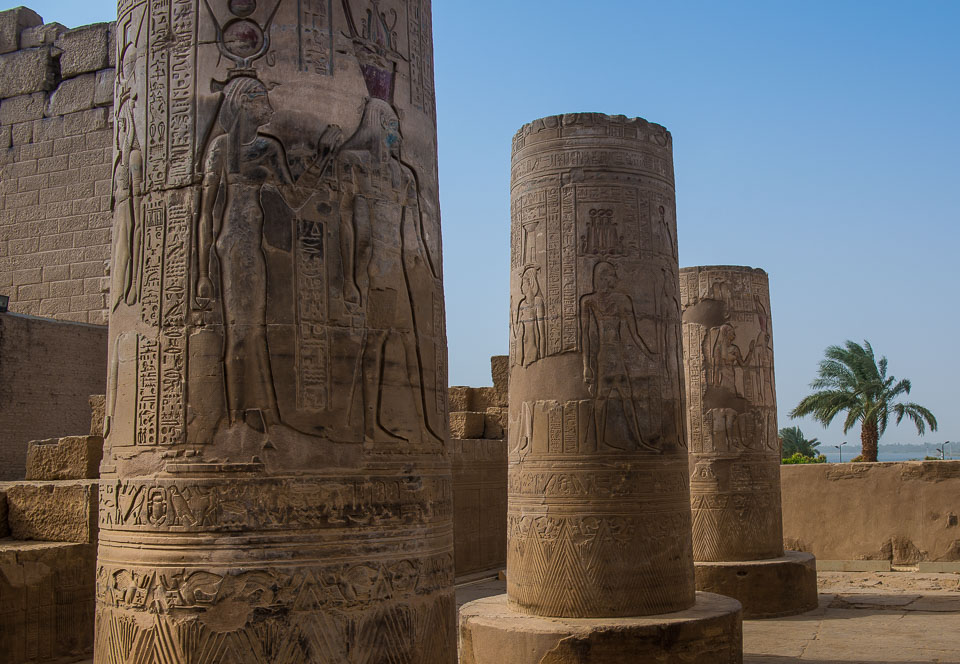 Like all the temples along the Nile, this one is extremely well preserved–except that most of the color painting is long washed away. One regular maintenance of the retaining walls around the Nile temples ended around the Third or Fourth Century AD, the temples were covered with mud of the Nile flood, and sand blowing in from the desert. So, the wall and column carvings were protected from the constant erosion of the weather and human vandals.

Ironically, on many columns, you can see graffiti from the early 19th Century near the tops of the columns. And that gives an idea of the height of the sand and mud covering before the excavations of the late 19th Century. 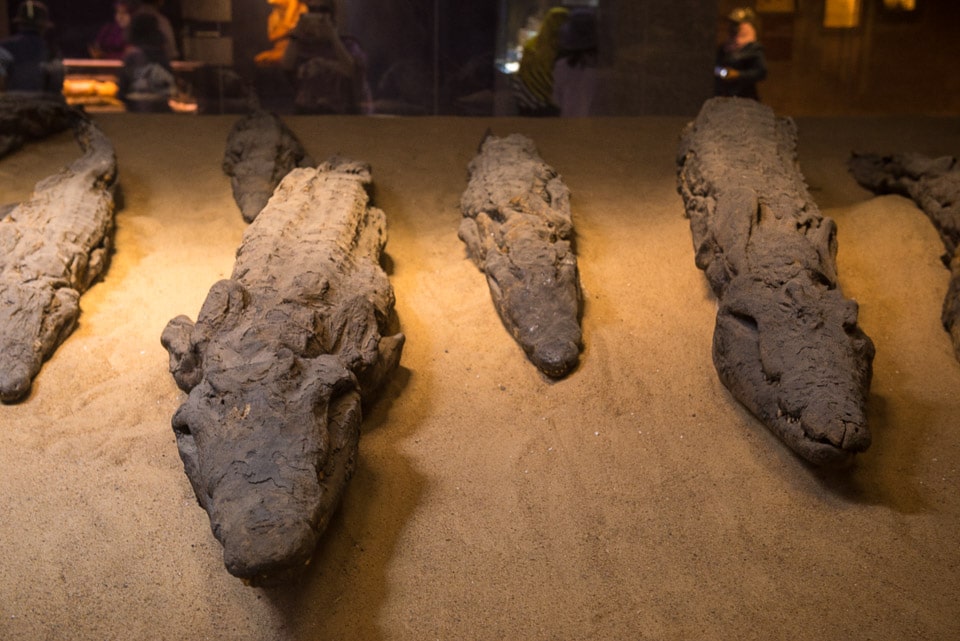 And, a cool feature of the Sobek temple is there is a connected small museum which features several mummified crocodiles they found at the temple site.