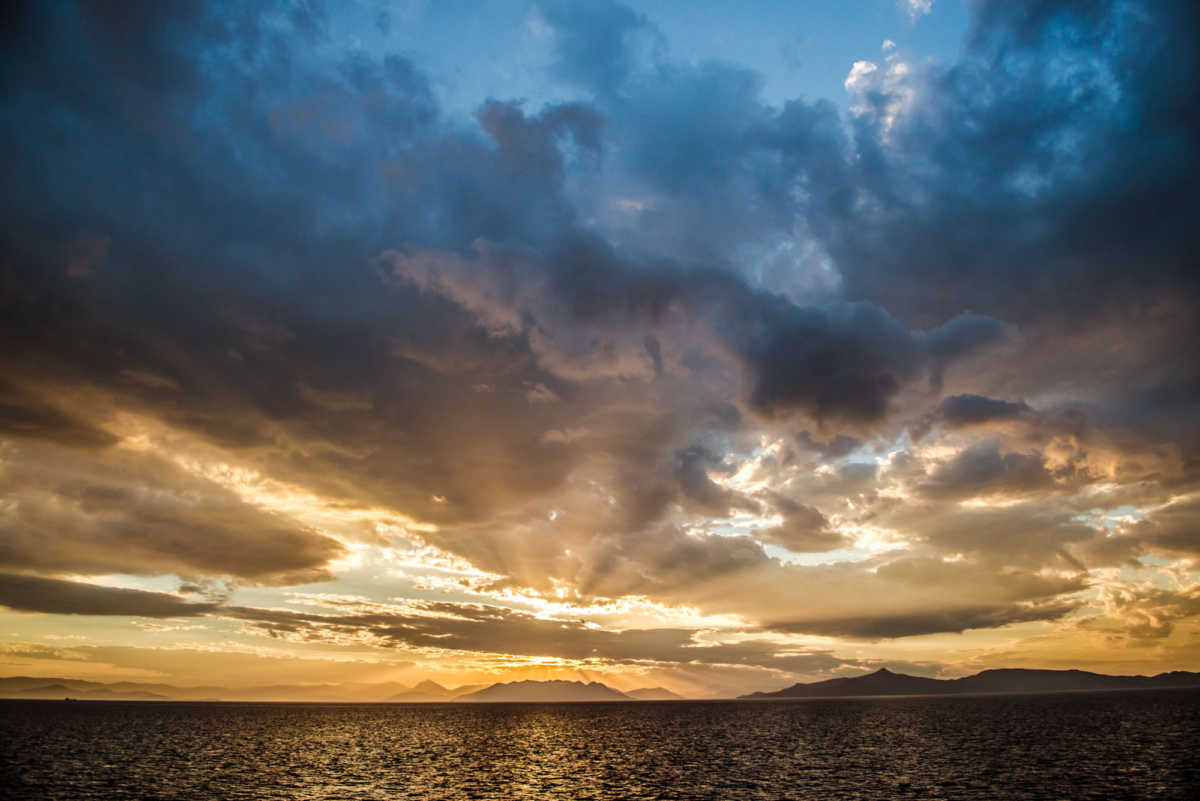 It was quite late in the season, so not too many ferries were running from Athens to the various Greek islands. So, we flipped a coin and decided to go to Paros, where we turned out to be about the only tourists on the island. Which is not a bad thing at all.

Even the short voyage on the “wine dark sea” of Homer was spectacular. The sea was calm, the clouds were pillowy, and the sun setting behind the mountains of the Peloponnese put on a show fit for Apollo.