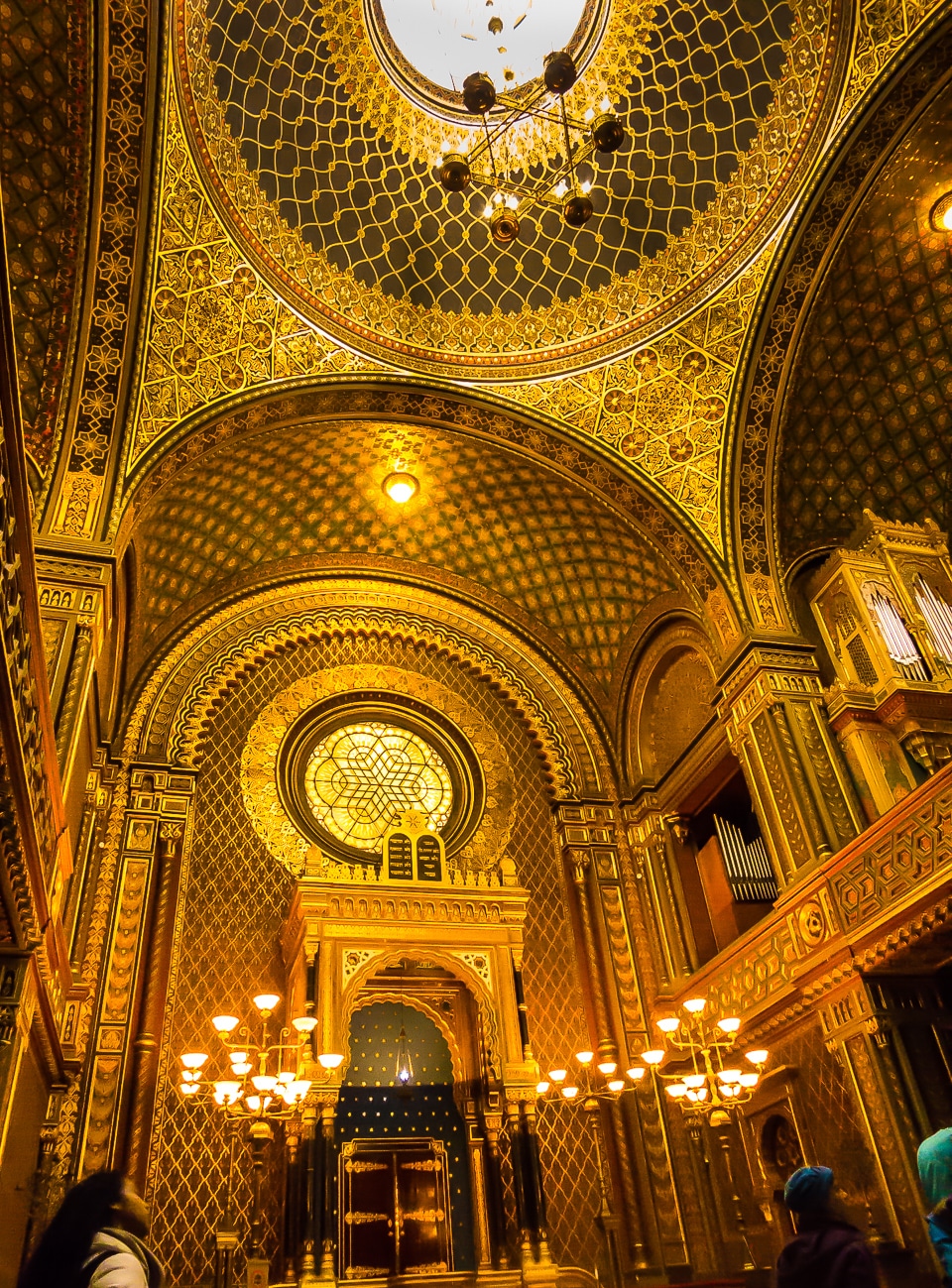 One of the sobering realities of touring Eastern Europe is visiting the old Jewish quarters of the cities to see remnants of what destruction the Nazis wrought. This synagogue, though, was the unlikely benefactor of Hitler's odd dictum that the Jewish Quarter of Prague be preserved as a reminder of the people he meant to destroy. It is called the Spanish synagogue because of the architectural style, which is reminiscent of the synagogues of Spain built during the Moorish era. This building was originally built in the mid 19th Century and was restored in the 1990s.

Since there was a “No Photo” rule in effect in the synagogue–for what reason I don't understand–I had to sneak this from the hip with the tiny Canon S110. The only manipulation here was some darkening of the dome via a gradated filter and exposure brush. ISO 1600, f/3.5, 1/30 sec exposure. I also used the noise reduction tool in Lightroom to smooth out the grain.