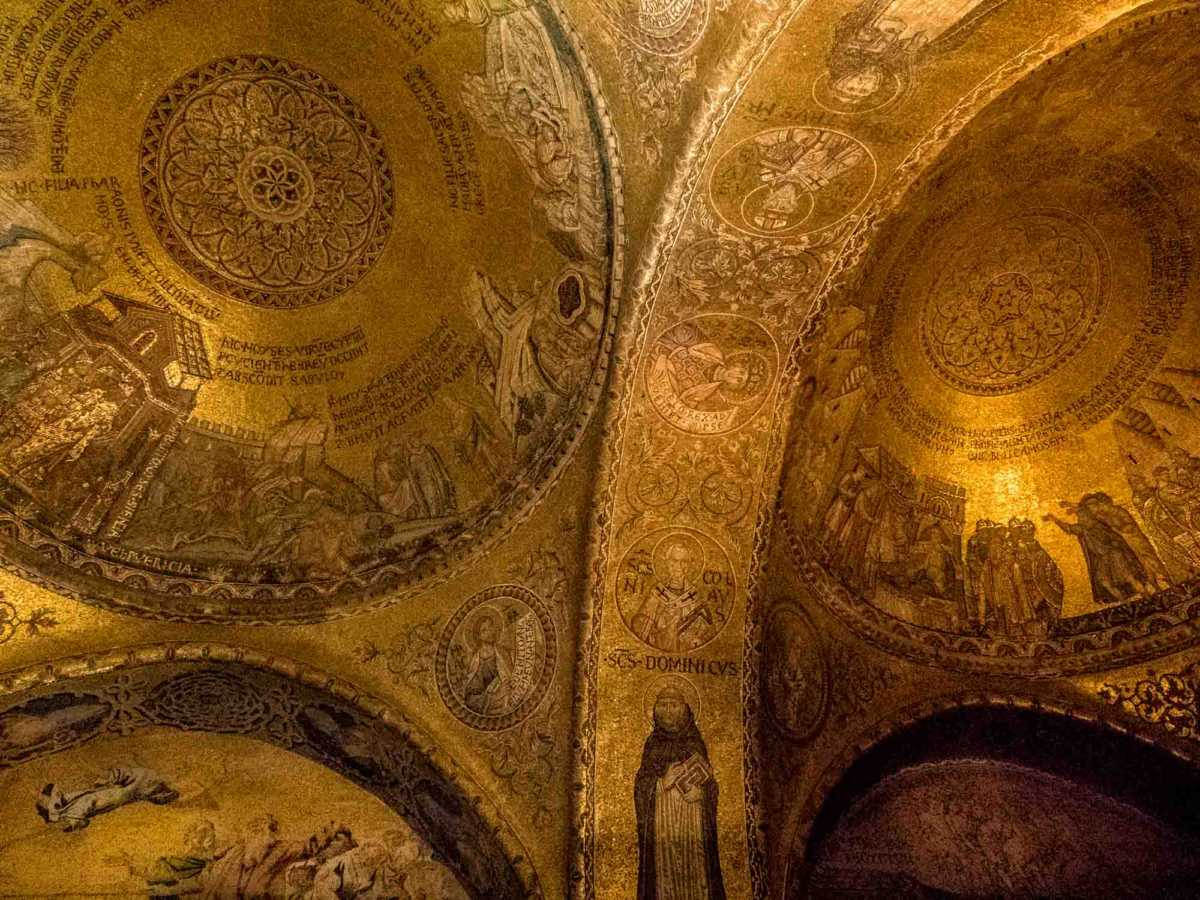 We arrived on the train from Ljubljana in Venice late afternoon, when the sun was already low in the sky, and the lines to get into San Marco Basilica were at their end-of-day maximum. So we decided to leave it for tomorrow.

But, we went out for dinner later, and wandered around San Marco Plaza afterwards and ended up at the side door of the Basilica. It was open, and there were a couple of wooden barricades across the opening. A guard with a big smile on his face was manning the entrance. We walked up and peeked into the aisle (the part that flanks the apse.) I asked the guard if I could step beyond the barricades to snap a photo.

“Ok, but just one, and no flash,” he graciously said. And, so I did. I must admit, I took more than one, but I wasn't in there any more than a minute or two. In the meantime, he was giving Kris a little explanation of how the mosaics were done. The gold tone of the entire ceiling is due to the mosaic pieces made as one-centimeter cubes of glass, with a piece of gold leaf sandwiched in the middle.

He told us, (and I later looked it up) that there are 8000 square meters of mosaic in the basilica. That's two acres of golden art. This is but a tiny part. More tomorrow.

I shot this with the Fujifilm X30, ISO 3200, f/3.2 at 1/30 second. When I'm in a situation like this, where there are multiple light sources, I just set the white balance to average and figure I'll fix it in Lightroom. That's what I did here. I had to warm it up just slightly to restore the gold color that the camera had read much colder, turning it more to a pewter gray. Anyway, this is what it really looks like. Amazing, no?