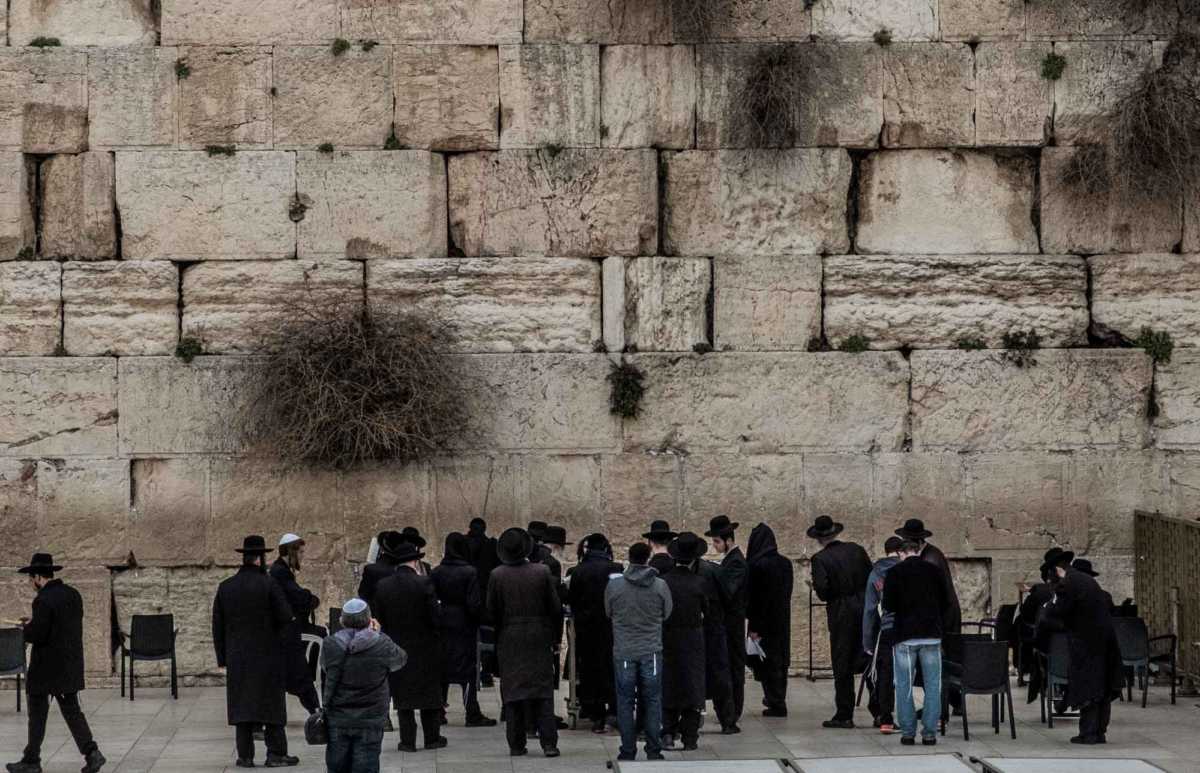 On our first night in Jerusalem, Kris was ill, so I went out to explore the old city on my own. Jerusalem is an odd place, and probably the most tension filled city we've been in. The divide between the factions is palpable, and the friction among Jews, Christians, and Muslims is both symbolized, and verbalized, by almost anyone you ask.

To get to the area of the Wall, you have to pass through a metal detector manned by Israeli soldiers. As I was walking towards the checkpoint, a Palestinian boy about 14 years old did the usual and unwelcome showing me the way and asking for money for doing so. I gave him five shekels, which is about a dollar.

When I came up the the detector, the young Israeli soldier, who looked about 18, said to me, “Don't give those dirty Arabs any money. Next time one asks you for money, give him a slug in the stomach.” I replied, “I'll leave that to you,” and went on.

As I actually approached the Wall, an orthodox man approached me and quizzed me about my religious beliefs and proffered some literature, which I would diplomatically say was pro-Israel. He explained that Jews prayed at the Western Wall because it was as close as they could get to the site of the original temple, which was destroyed by the Romans in 70 CE. The temple site is now occupied by the Dome of the Rock and Al Aqsa mosques.

“We'd like to worship here in peace,” he said. “But those people above,” he said, pointing his chin at the Dome, “won't let us.”

“Maybe that day will come when all three religions who profess to believe in the same God will let Jerusalem live in peace,” I replied, not really believing that it will ever happen.

4 thoughts on “Praying at the Western Wall, Jerusalem”