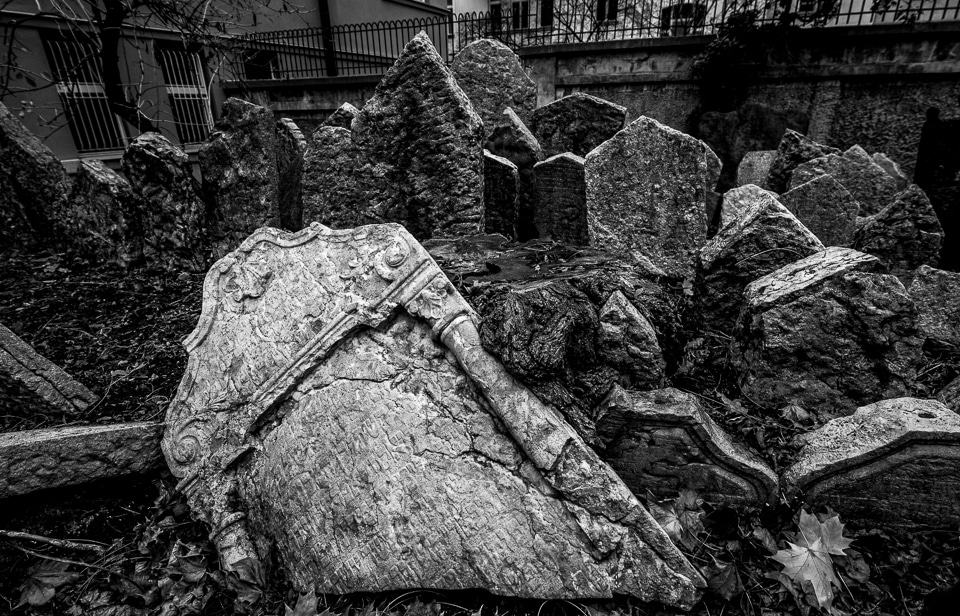 The Old Jewish Cemetery in the Jewish Quarter of Prague has been in use since at least the 15th Century. (There is some dispute as to when it was founded.) On the small site there are over 12,000 headstones visible, and those cover an estimated 100,000 buried bodies. As the plot ran out of room, more layers of dirt and bodies were added, and headstones were moved up to the top layer. Hence the crowd, and the ruined nature of the site as a whole. There's a narrow path which leads through the grounds for the tourists to walk, and only a few other small open spaces within the graveyard itself.

It was a dreary day, so shot this under the flat light and enhanced the presence and saturation to the max in Lightroom. I then imported the image into NIK Silver Efex Pro 2 using the Soft Structure Preset. I then made the whites and blacks a bit more white and black, and here it is. When the day is grey, why not go black and white? Original exposure was with the Nikon D800E using the 14-24 f/2.8 wide angle lens at 17mm. ISO 400, f/5.6 for depth of field, 1/100 sec exposure.