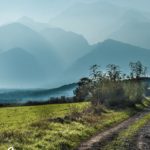 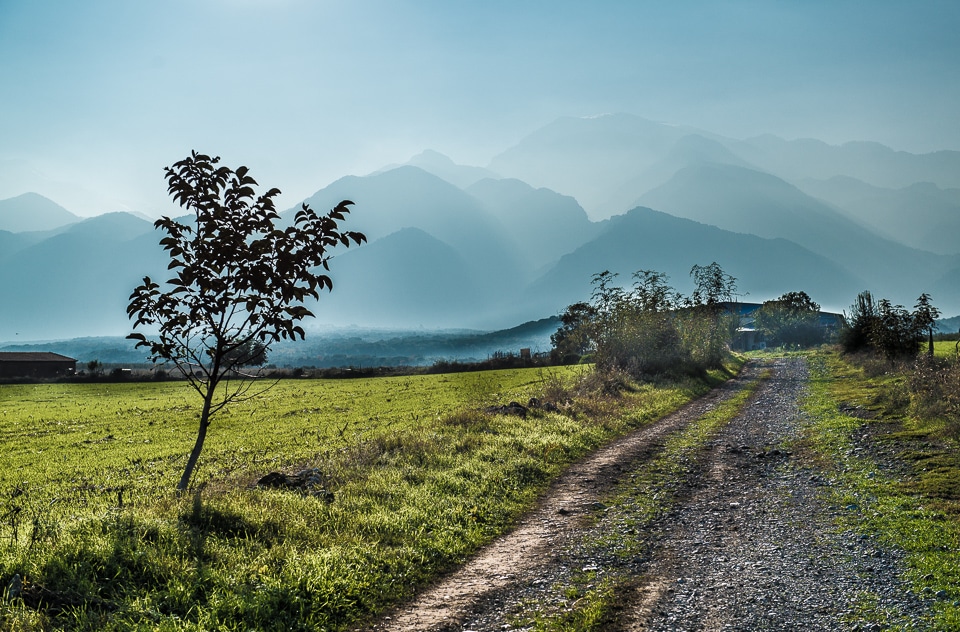 One of the physical characteristics of Mount Olympus that gave rise to the belief that it was the home of the Olympian gods of Greek mythology is that it is nearly perpetually shrouded in fog. It's sort of like the 12 gods who lived there didn't want mere humans messing in their affairs. If there was going to me any messing around, it was the gods who were going to do it. And they'd come down to our level, not vice versa. Just ask Leda, for example.

But, since we're all scientists down here, the real reason for the fog is that the range that includes Mount Olympus rises quickly just a very short distance from the sea. So you have natural humidity, rising, cooling air as it hits the mountains, and, if I remember, my eighth grade physical science course, that makes fog.

The ancient Greeks, it's said, did not climb Mount Olympus. They did climb neighboring peaks and leave offerings, but left the home of the gods without ringing the bell and inviting them over for a glass of wine and some moussaka.

You can't actually see Mount Olympus here, just his smaller brothers in front. It was visible to the naked eye–barely, but camera sensors, even with polarizing filters just can't match the eye's sensitivity. If we came back another time of day, and drove a lot closer, we maybe could have got a good shot. But there was no time. We had to get back to Athens for a flight. Next time.

2 thoughts on “Mount Olympus in the Clouds, Greece”