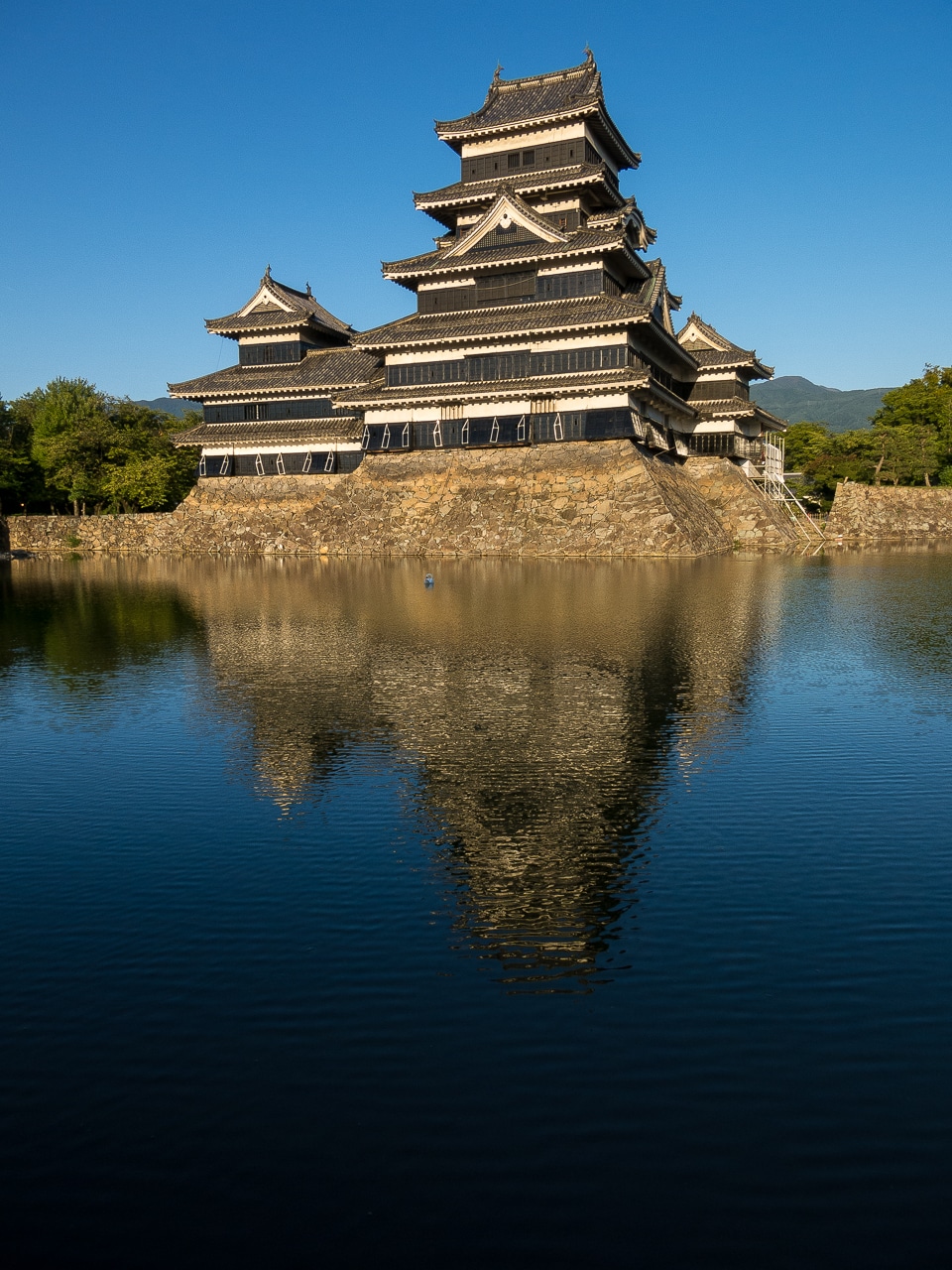 We toured the castle at Matsumoto, which is entirely made out of wood, btw, while we waited for the light to swing around and hit the “good” side of the castle. For someone who has toured so many European castles, the first question is, of course, how could anyone build a castle of wood instead of stone? I think the answer lies in that the Japanese adopted firearms much later than Europeans and so their castles didn't have to withstand cannon fire. And also the Matsumoto Castle is surrounded by three moats. An attacking force is going to have to do a lot of fighting just to get close enough to attack the castle itself.

Like I said, we waited for the light to swing around near dusk to bathe the castle in soft light as well as emphasize its reflection in the moat. Luckily I wasn't carrying the big Nikon this day because it would have been a big drag when trying to climb the narrow and steep steps inside the castle–especially because they make you take off your shoes and carry them in a plastic bag for the tour. So, I used the little Canon S110, shooting raw of course, at ISO 80, 5.2mm wide angle, f/8.0 at 1/100 sec.

See this page for more detail on the equipment I use.