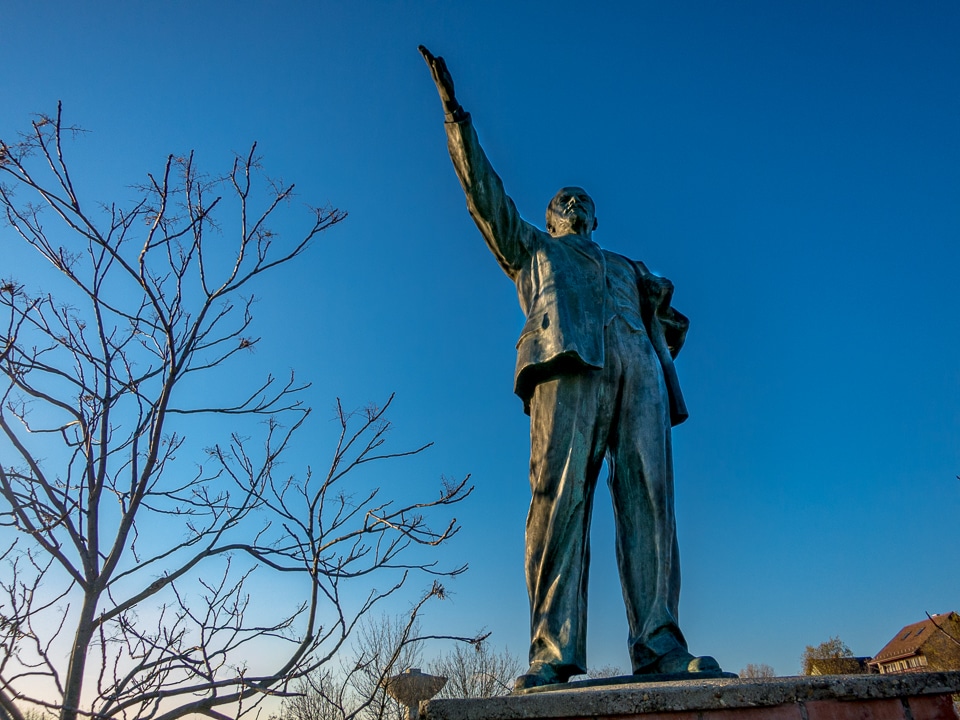 One of the things we love to do when we visit new places is explore the history of the place, especially as it is expressed in its public monuments. Ordinarily that includes things like churches, palaces, and statues. In the former Iron Curtain countries however, most of the commemorative statues of the former Soviet oppressors and their collaborators have been destroyed. But in Budapest, instead of destroying them, they mostly moved them to a barren hillside outside of the city to a place called Memento Park. You can get there on the 150 bus. It takes about half an hour from the center of the city, and it's worth the time and expense to see the former Soviet art. There are 42 statues of the Communist era, including this inspiring image of Lenin.

Not too much manipulation going on here. I used Lightroom to dodge the statue itself because the sun was behind it and left the whole front of the statue pretty dark. Other than that, just a little tweak to the contrast and using the gradated filter to darken the sky. ISO 100, f/3.2, 1/640 sec exposure. Daylight white balance.