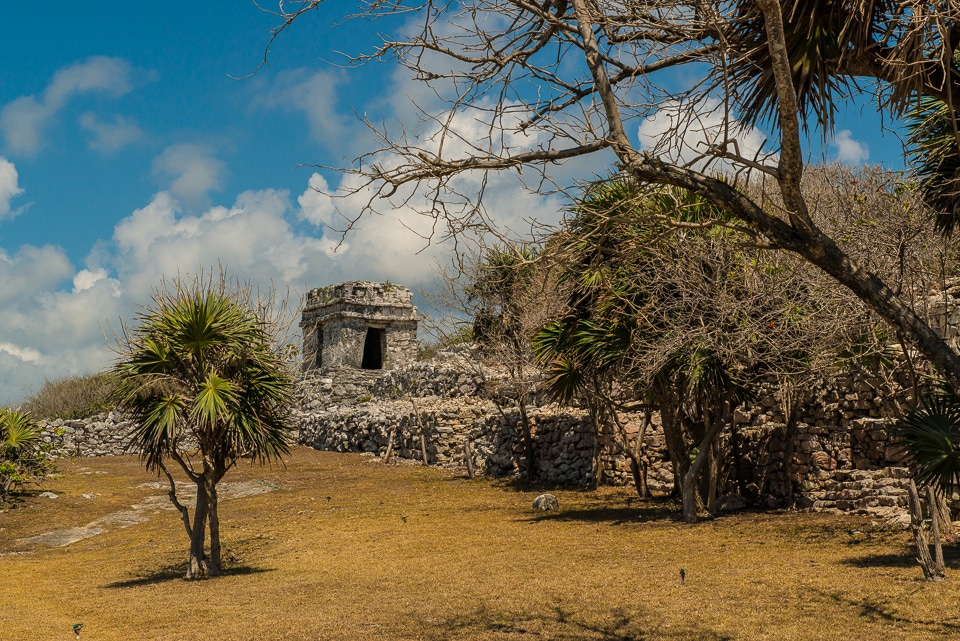 Tulum was a smaller Mayan city on the Caribbean coast of the Yucatán Peninsula. It sits on small cliffs overlooking the sea, and is ringed by a wall, which features a few guard houses along its length. Tulum served as a port for the inland city of Cobá, which is inland about 50 kilometers. Cobá was one of the Mayans' largest cities, with over 6000 buildings, most of which were swallowed by the jungle over the centuries. Cobá, in contrast to the compact Tulum, is spread over 70 square kilometers.