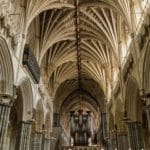 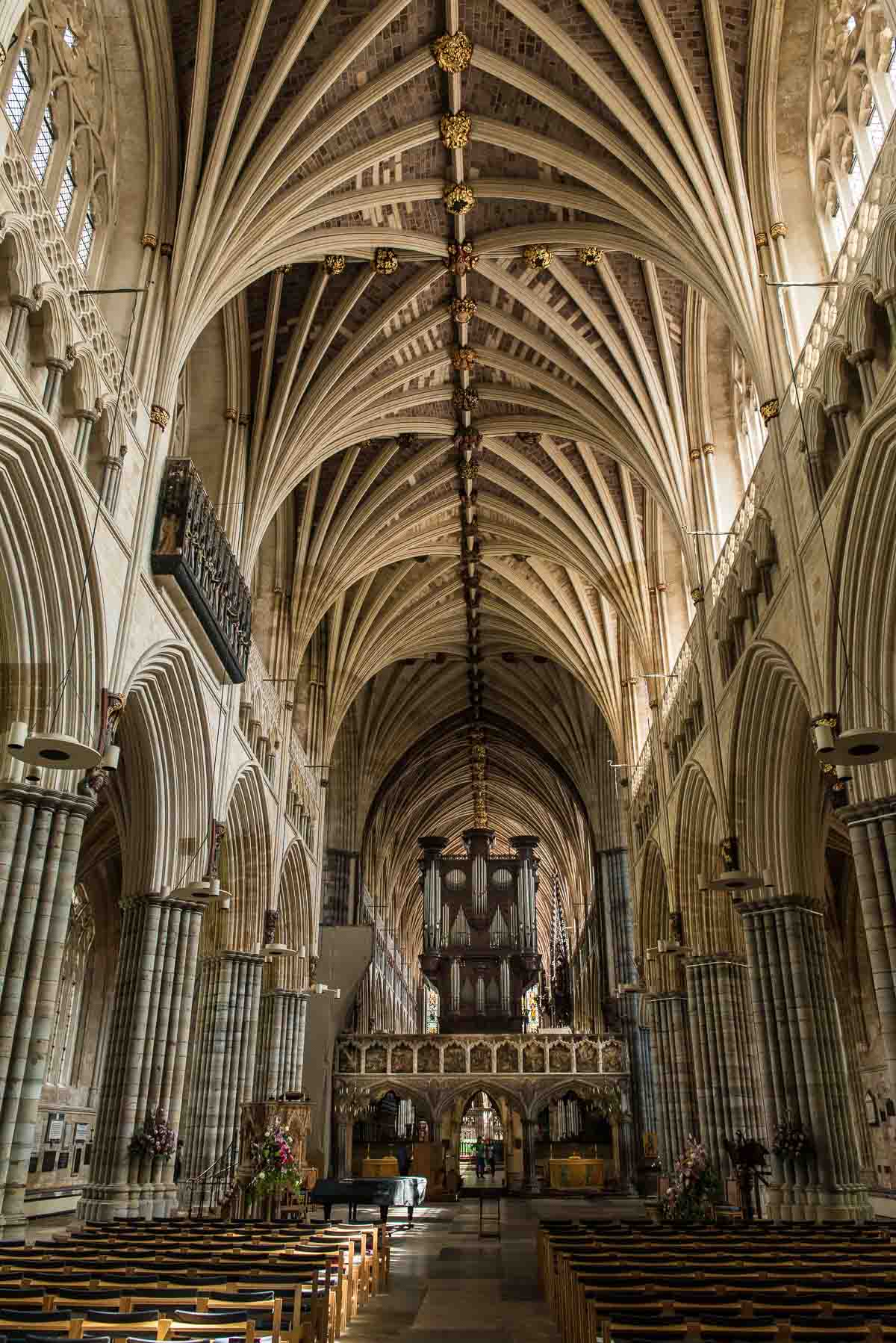 Yet another glorious expression of Gothic architecture, the Cathedral at Exeter, England, the founding of which dates to 1050, 16 years before the Norman Conquest. The organ in the center of the photo was built in 1665.

Hitler did his best to destroy Exeter and its cathedral in World War II, even though Exeter had limited, if any, strategic value. Some of the German bombs did hit one end of the Exeter Cathedral in 1942, destroying one of its chapels. The adjacent cathedral school was destroyed. Luckily, the bombing was on a school holiday, so the students were spared. However, the cathedral school headmaster and his family were killed.