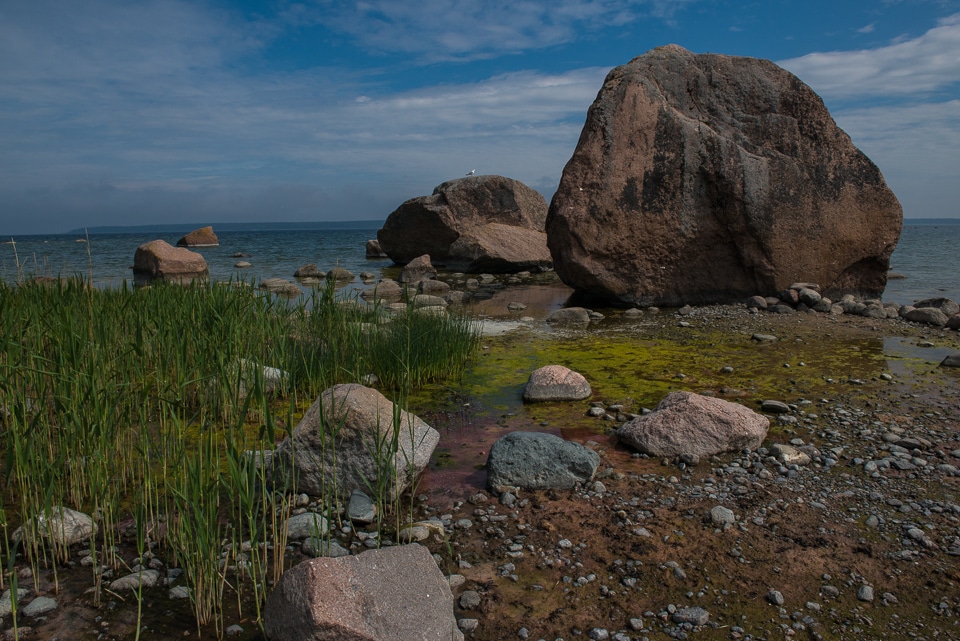 I don't normally feature photos of rocks, unless we're at Stonehenge or something. But these are “erratic” rocks, dropped on the Kasmu Peninsula of Estonia by glaciers many millennia ago. They're featured in the Lonely Planet Guide Book as something to see, and they're even marked on tourist maps handed out by the national tourist board. So, here's the deal. They're huge stones that were carried along by the Ice Age glaciers, and dropped along the edge of the Baltic Sea as the glaciers receded. So, by their location and wear, geologists can tell lots about the prehistory of the region. They're called “erratic” rocks because they have been dropped a long distance from their point of origin. The word “erratic” comes from the Latin “erro” which means wander. So, a geology and etymology lesson all in one.

No special processing here, other than to apply a sky-enhancing preset in Lightroom to make it look more realistic to what the eye actually sees, but the camera has a little trouble capturing.