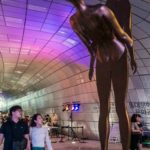 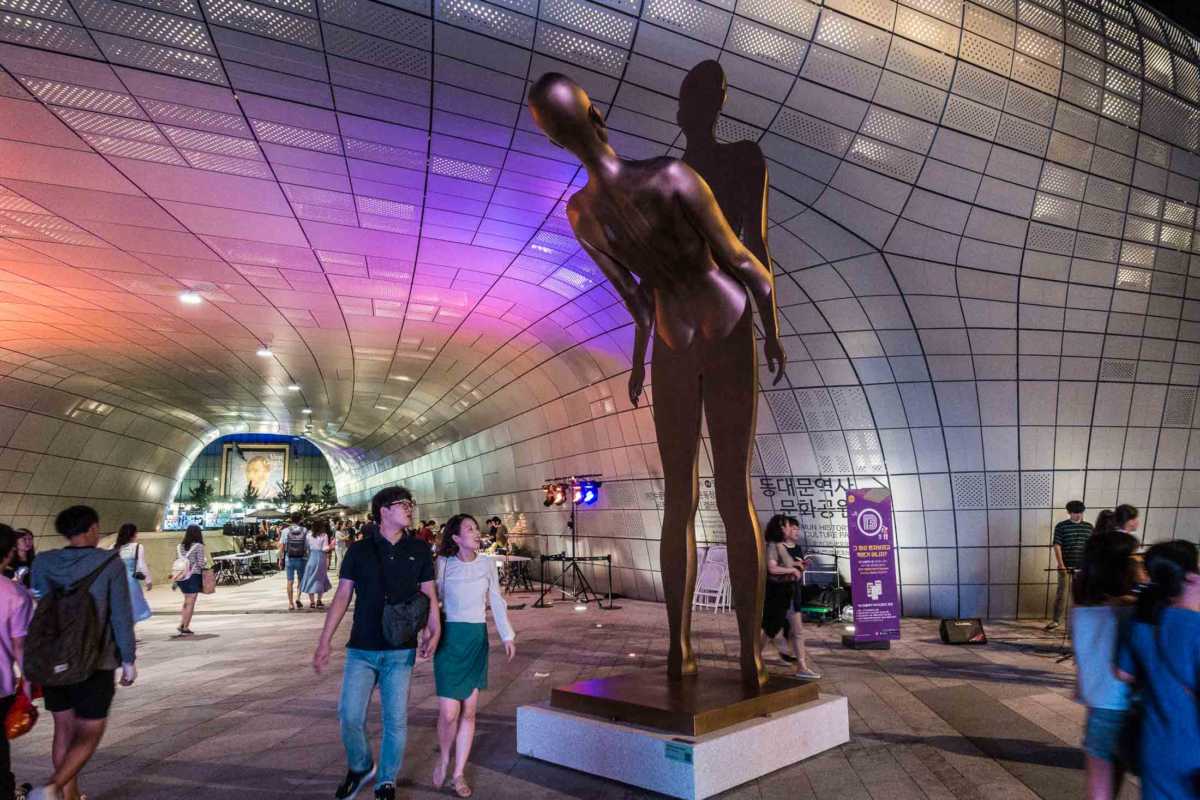 In our first day in Seoul, we took the Metro to the Dongdaemun Design Plaza, just because that's where we were planning on catching a tour bus. We sometimes take those hop-on-hop-off buses in a large unfamiliar city just to get the lay of the land, so to speak. (Actually, we've only done it twice in six years.) I don't recommend it for Seoul, though. It's mostly a traffic nightmare. There's no commentary. And the drivers we had, shall we say, weren't very concerned with the comfort or safety of their passengers.

But, after we finally had had enough and hopped off for the last time, we had a nice walk around the city back to where we'd started the day, at the Dongdaemun Design Plaza.

The Design Plaza complex, which is vaguely reminiscent of a Frank Gehry building in its stainless steel shell, is actually the product of the architect Zaha Hadid, who also designed another of our favorite architectural finds, the MAXXI Museum in Rome.

The Dongdaemun Design Plaza in Seoul is a stunning architectural and artistic tour de force. It's also a gathering place for the city. Tonight there was a skateboarding exhibition, live music, dozens of food carts, and lots of people enjoying themselves.

The building itself is a riot of fluid color and shape, surrounded in several spots by elongated sculptures of stylized human figures. Unfortunately, as much as I tried on Google, I could not find the name of the sculptor. I'll try more later. I'm sure we'll be going back to see the inside, which I know is quite impressive as well. Maybe a human at the place will be able to supply some missing information. [NOTE: an alert reader has provided us with the artist's name and info. See comments below.]

Update: we went back to the plaza. And on the base of one of the sculptures was Yuon Kim. I presume that's the artist, although I can't find him (or her) on Google either.