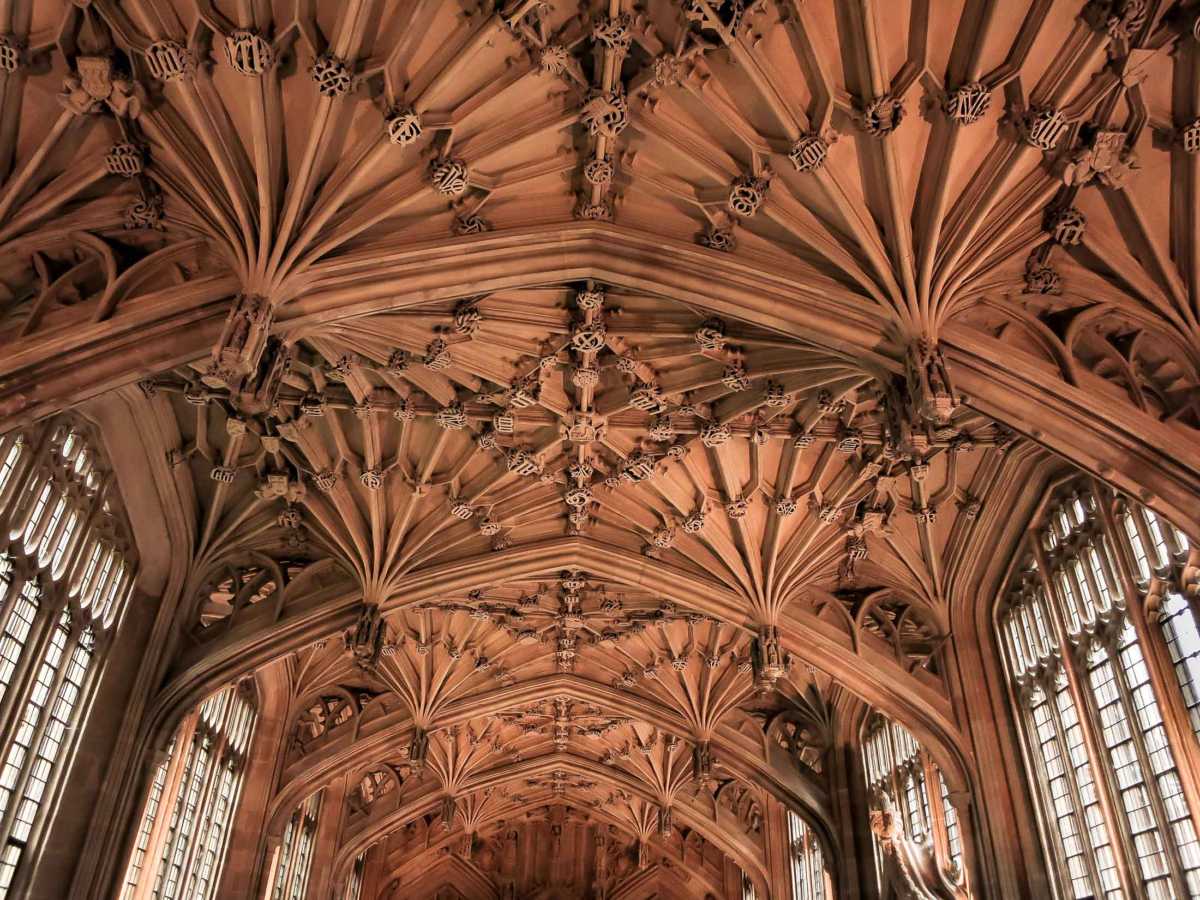 We visited Oxford University more than 30 years ago when we were living in London. Back then, it was much easier to roam the campuses of the various colleges. Oxford was much less a tourist attraction then. Now, if you want to visit the colleges, you have to pay an admission charge. And, strangely enough, they're closed a lot of the time. It seems there are professors and students who are actually working at the world's most prestigious university, and they prefer to do so without being bothered by a lot of noisy tourists with cameras. It was an exam day yesterday, so the colleges and libraries were even more restricted than usual. Many were completely closed to visitors, admission charge or no. The Divinity School is within the Bodleian Library quadrangle and its door was guarded by a student worker who told me it was closed because of an event. However, the door was cracked open and I could see the room was vacant. I pushed the door open and told her that I'd been here as a student a long time ago and just wanted to have a look. She didn't stop me, and I made one exposure with my unobtrusive little camera before people started showing up from the other side of the room for the event. As I backed out through the door, she asked me if it had changed since I was here before. I said, “I don't think it's changed since the 15th Century. I'm not that old.” She laughed.