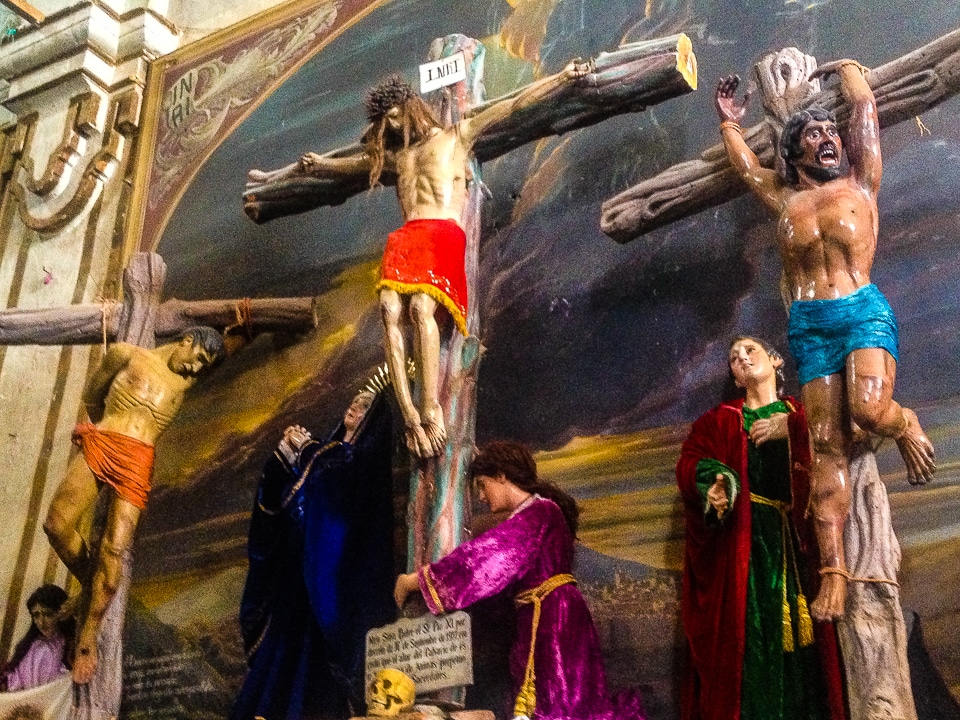 San Miguel de Allende is perhaps best known among Americans (of the United States variety) as a charming colonial town with lots of attractions for the expats and tourists. There are art galleries, nice restaurants (and some real clunkers,) colonial architecture galore, bright paint everywhere, and very friendly people. But, among all this are the churches. And, the churches mostly display the Iberian obsession with sin, punishment, and martyrdom. Frequently, this manifests itself in particularly gruesome crucifixions, scourgings, skinning and burning of saints, and other Christian pleasantries. (And, we're abhorred at Mayan images of beheadings and other human sacrifice.) This crucifixion, in the Church of San Rafael next to the Parroquia, struck me, not only because of the infrequent portrayal of the two thieves who were crucified along with Jesus, but mainly because of the look of surprise on the face of the one on the right. The one on the left is resigned, penitent, and perhaps already gone to his reward for acknowledging his savior. The other has just found out what's in store for those who don't accept salvation.