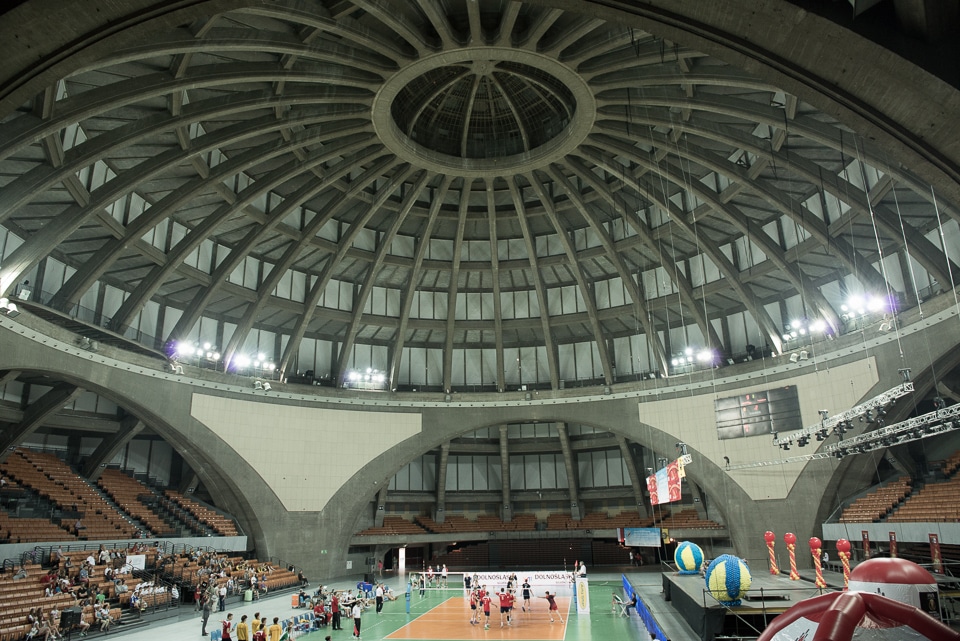 We make a point of visiting all Unesco World Heritage sites that are within easy reach of where we are. So, we took a bus from our central Wroclaw hotel out to the Centennial Hall on the edge of Wroclaw. We hadn't done much research into what we would see, so, with no expectations, we arrived at a place that fulfilled our lack of expectations perfectly.

To put it succinctly, Centennial Hall is an undistinguished pile of concrete and steel that was built in the early 20th Century, for some unknown reason. The story goes that Wroclaw needed an event center, and so an architectural competition was held. It looks like the mayor's brother-in-law was the winner. That's the only way I can explain this.

How it got to be a Unesco World Heritage site? That I can't explain at all.

In an exhibit in the hall, (that you have to pay $4 to get into,) you learn a few things, none of which really matter when confronted by the surpassing ugliness of this building. It has one distinguishing feature: it is the largest span of a dome in the world, beating out Rome's Pantheon. But, Rome's Pantheon has the grave of Raphael. Centennial Hall in Wroclaw has volleyball tournaments.

OK, to be fair, I should mention that Centennial Hall has also hosted a Nazi Party rally that featured Adolf Hitler himself, and a World Eucharistic Conference starring favorite local Pope John Paul II.

Save the bus fare and entrance fee.

This photo is pretty self explanatory. The well-lit volleyball court had to be burned in a bit, and the color balance had to be adjusted slighted to accurately display the dismal concrete of the roof.