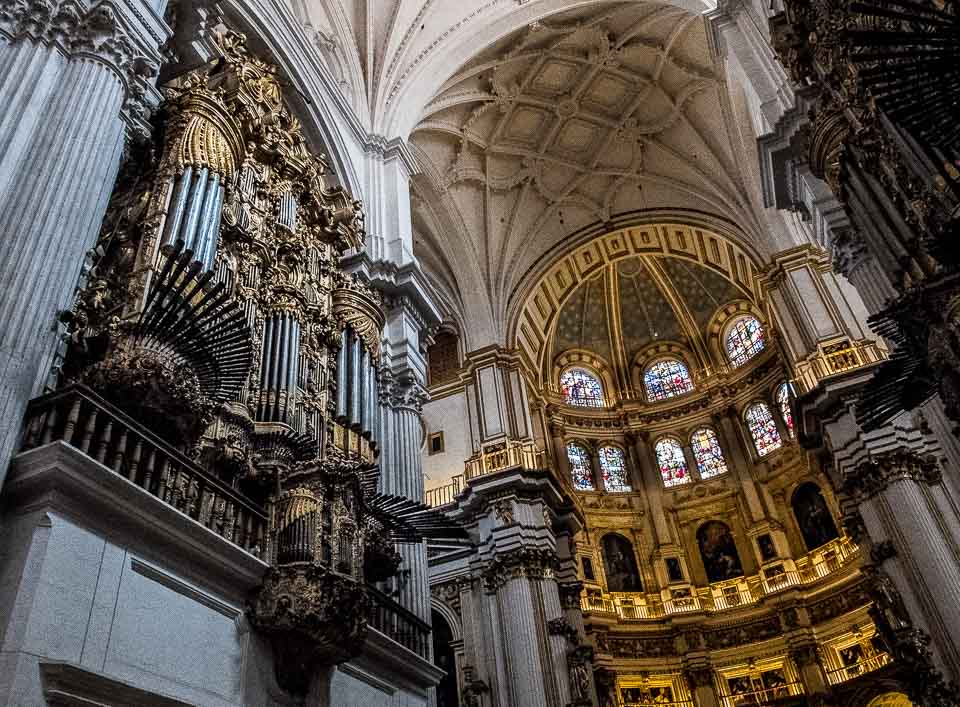 As you look at all the cathedrals in Spain, and compare it to this one, the Cathedral of Granada certainly sticks out.

It's not Gothic or Romanesque like all the others, you see. And that's because it was built so much later.

Because Granada was the last city to be captured from the Moors, and so the last city to get a cathedral. And, because it was now almost the 16th Century when Christianity was reestablished here, styles had changed. No more Gothic, you see. There was now a Renaissance going on, and architects such as Michelangelo had changed things with such churches as St. Peter's in Rome.

And so, you have what is basically a Renaissance style, which borrowed a lot from classical, and not much from Gothic. And get what is a classically simple architecture, which was later tarted up with a lot of baroque decoration. You just can't trust church architects not to go too far. I mean look at St. Peters.

And look at this organ. There are two of them, by the way, on both sides of the nave. I'd love to hear them will all the stops out. Playing something baroque, like Bach. Loud.

6 thoughts on “Cathedral of Granada, Spain”