The Cathedral of Saint-Sauveur (the Holy Savior) in Aix is interesting because of all the styles that went into it over the centuries. Originally built in the 5th Century on the site of the Roman city forum, it was rebuilt, added on to, and redecorated extensively in the 12th, 14th, 16th and 19th Centuries, resulting in an eclectic mix that includes elements of the Romanesque, Gothic, and Renaissance styles.

You have to do some close looking, but there are some very nice paintings here, in particular. The artists are no one you've heard of, but the Burning Bush triptych by Nicolas Froment, an Avignon painter, is a masterpiece of the 15th century and reminds me of the Rogier van der Weyden paintings we just saw in Madrid and Beaune, France.

One particularly nice “Doubting Thomas” by the Flemish painter Louis Finson is reminiscent of Caravaggio.

Sorry, it was too dark to photograph the paintings. You'll have to come visit on your own. It's worth it. 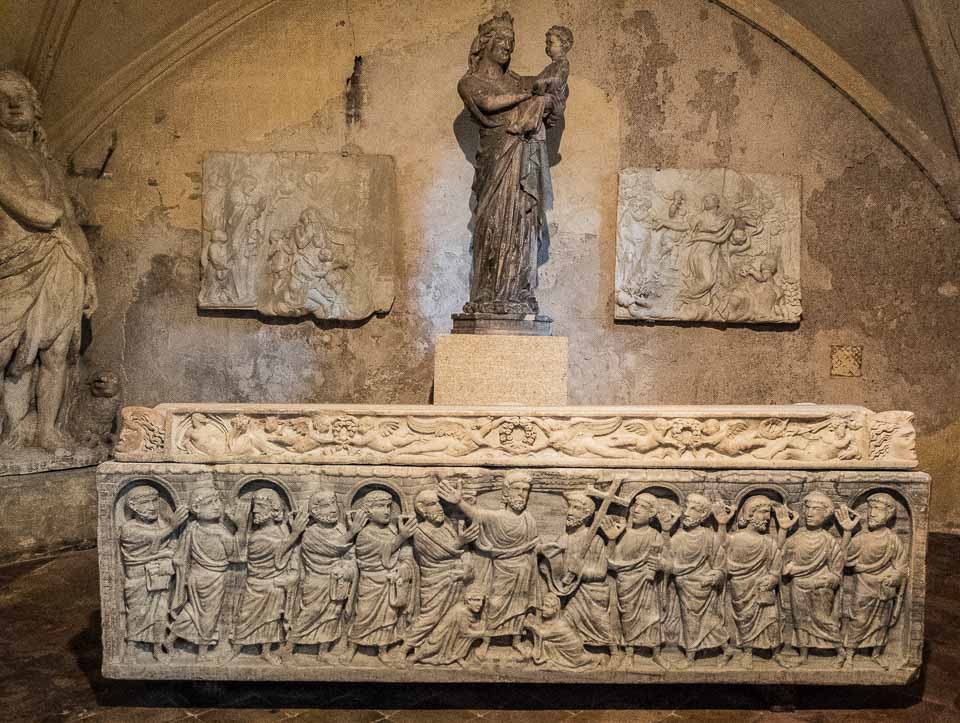 This is the legendary sarcophagus of the martyr Saint Mitre. According to the story, he was a field worker who lived near Aix and was thought to be a witch because he'd performed miracles. He was beheaded, after which he reached down, picked up his head and carried it to an another Aix church. His remains were moved to the cathedral later.