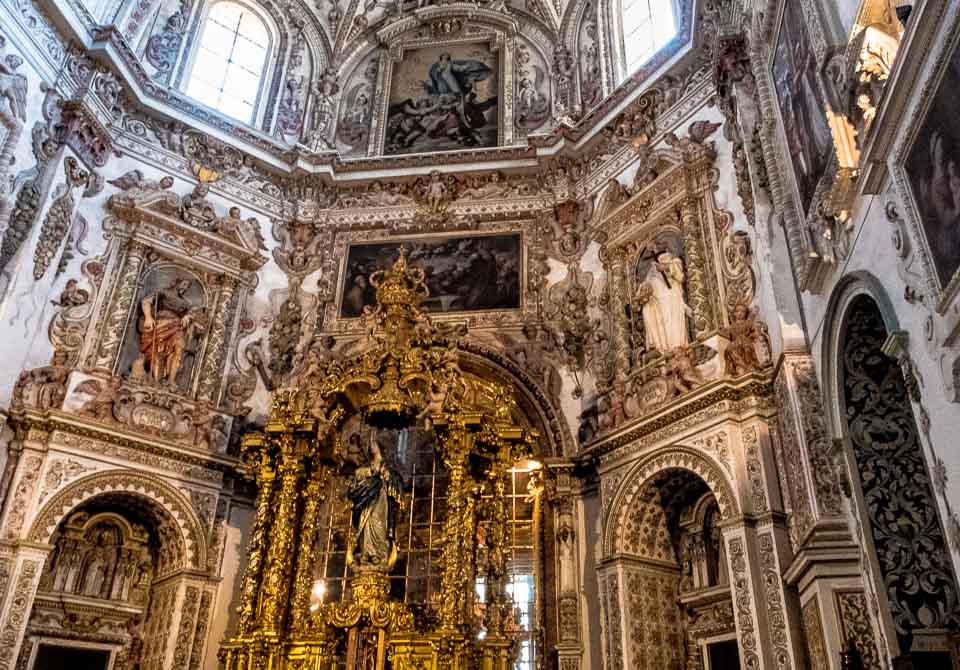 We've been to Granada a few times in our short lives, but never for more than a couple of days, and never to spend much time with the Christian monuments. I mean, the Alhambra is here, which is arguably the most beautiful palace in the world. But this time we're here for almost a week, so we bought the Granada Card, which gets you into most everything (and is the only way to get into the Alhambra if you haven't made reservations weeks in advance.)

So, we've been bopping around this charming city, seeing parts of it that we missed on earlier visits. Especially gratifying is that Granada is maybe the best tapas city in Spain–and that's saying something.

So, we've been wandering a lot, and having Tinto de Verano and beers and tapas, and getting around to seeing some amazing Christian churches/monasteries that we missed on our earlier visits. One of those is the Carthusian Monastery.

The Carthusians were a prominent order in their day, and were maybe most famous for being among the first martyrs of the Reformation in England. There are several paintings in the refectory of the monastery of the martyrdom of the English Carthusians who did not endorse Henry VIII's divorce from Catherine of Aragon. For the most part, they were condemned as traitors, and got to suffer the horrible death reserved for traitors of being hung, drawn and quartered. (That's what they did to Mel Gibson at the end of Braveheart, in case you need a reference.)

But I digress again.

The monastery in Granada is one of the most charming (if you can use that word for a Baroque church) churches I've ever seen. It's not big, but the artistry is amazing. Unfortunately photos were prohibited, so the only ones I got were ones I was able to shoot from the hip.

The main altar is a golden edifice that is surrounded by the usual surfeit of decoration in both sculpture and painting. But it is the chapel behind the main altar that utterly wows you. There is an alabaster carved baldacchino that is astonishing for its whimsy, artistry, and beauty. Again, I wish I could have wowed you with lots of photos, but you'll have to be content with the one below. Next time you're in Granada, yes, go see the Alhambra, but check this one out as well. 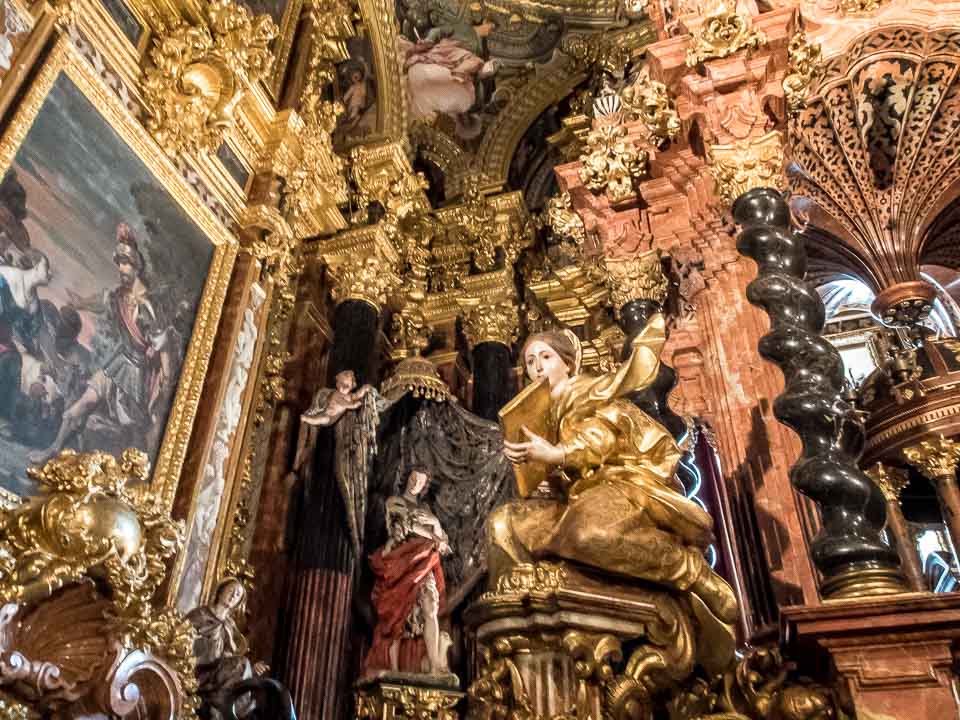