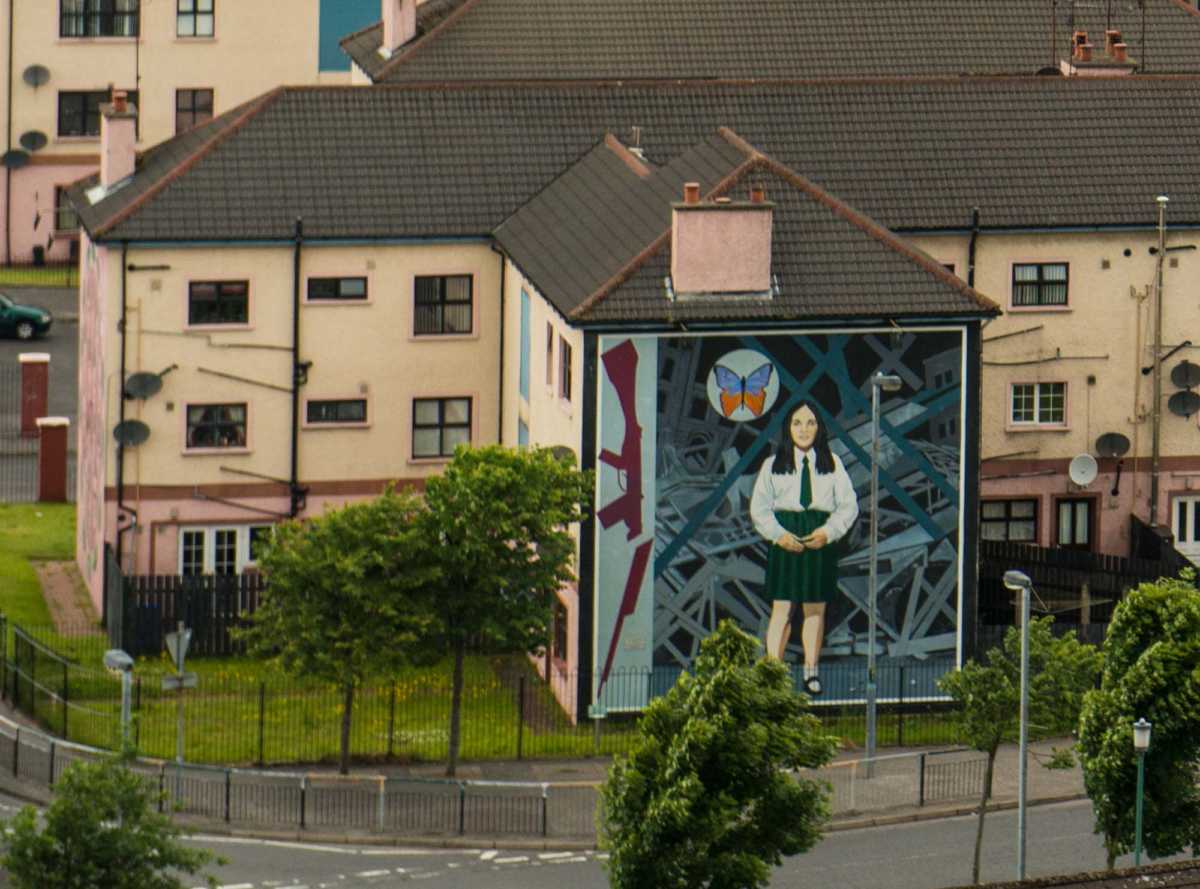 All along Rossville Street, in Bogside, Derry, are murals painted by a trio of artists collectively known as The Bogside Artists. Tom Kelly, his brother William Kelly, and Kevin Hasson started painting the murals in 1993 to illustrate the “Troubles” in Northern Ireland, particularly those in Derry, which culminated on “Bloody Sunday” when on January 30, 1972, British paratroopers killed 13 unarmed demonstrators. The images are sometimes taken from photos taken on Bloody Sunday and during the Battle of the Bogside. Others are pure commemorations of hope, such as the dove on the oak leaf, symbolizing, at last, peace in Derry. 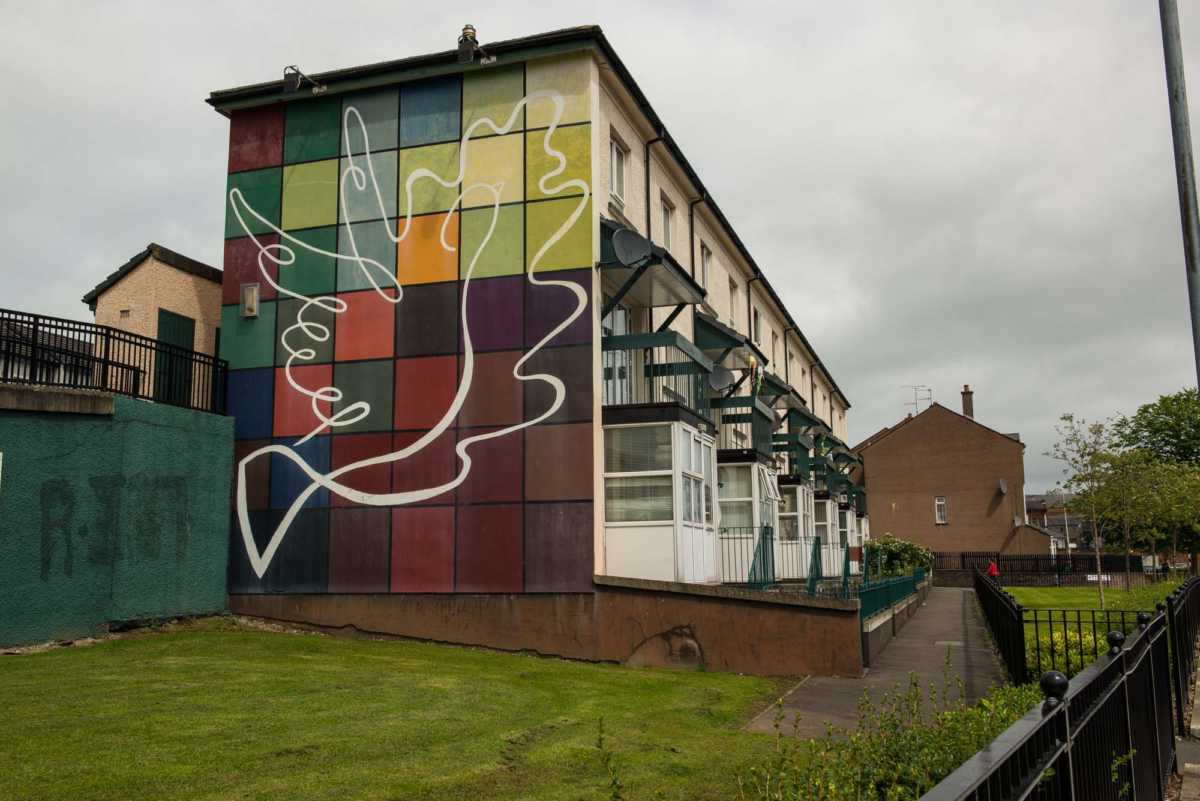 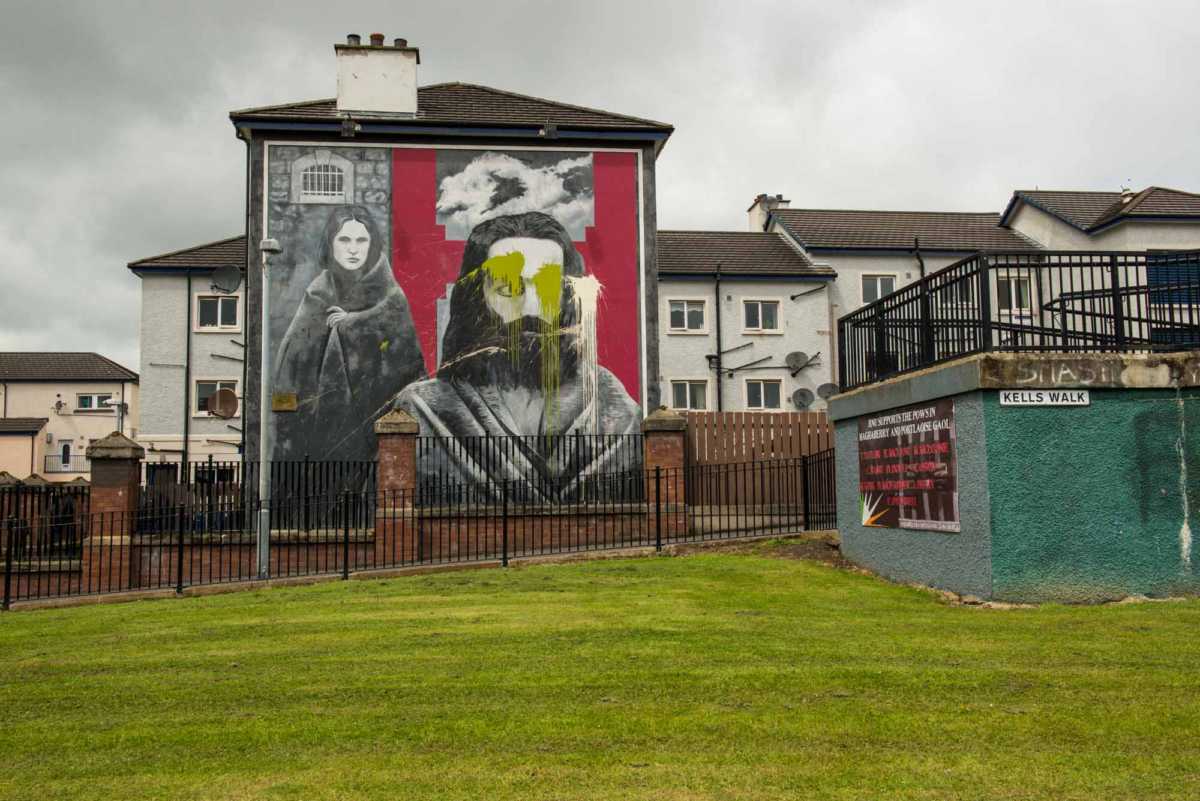 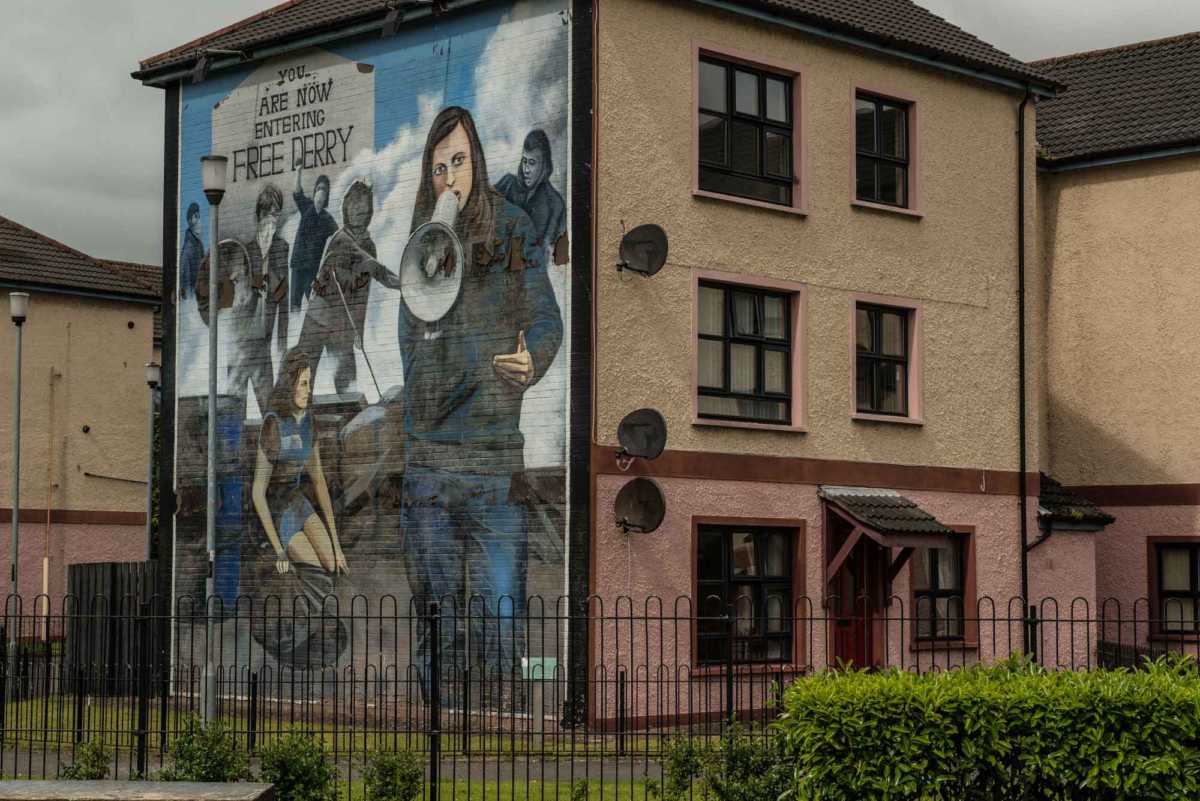 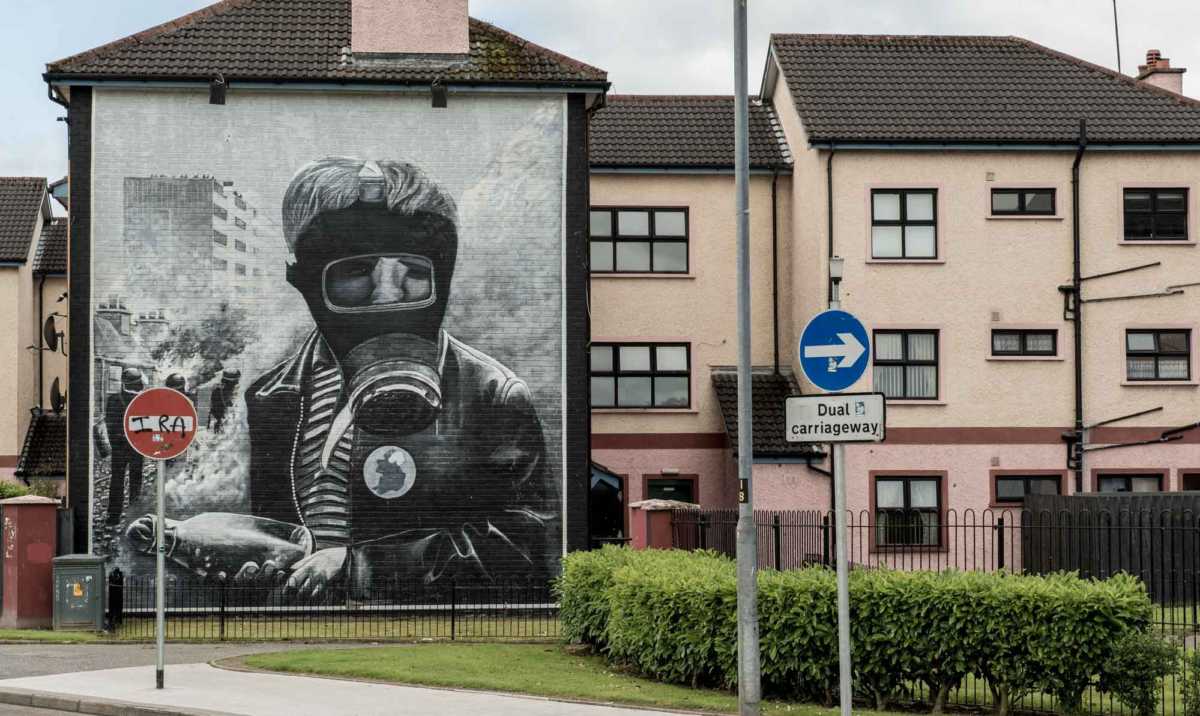 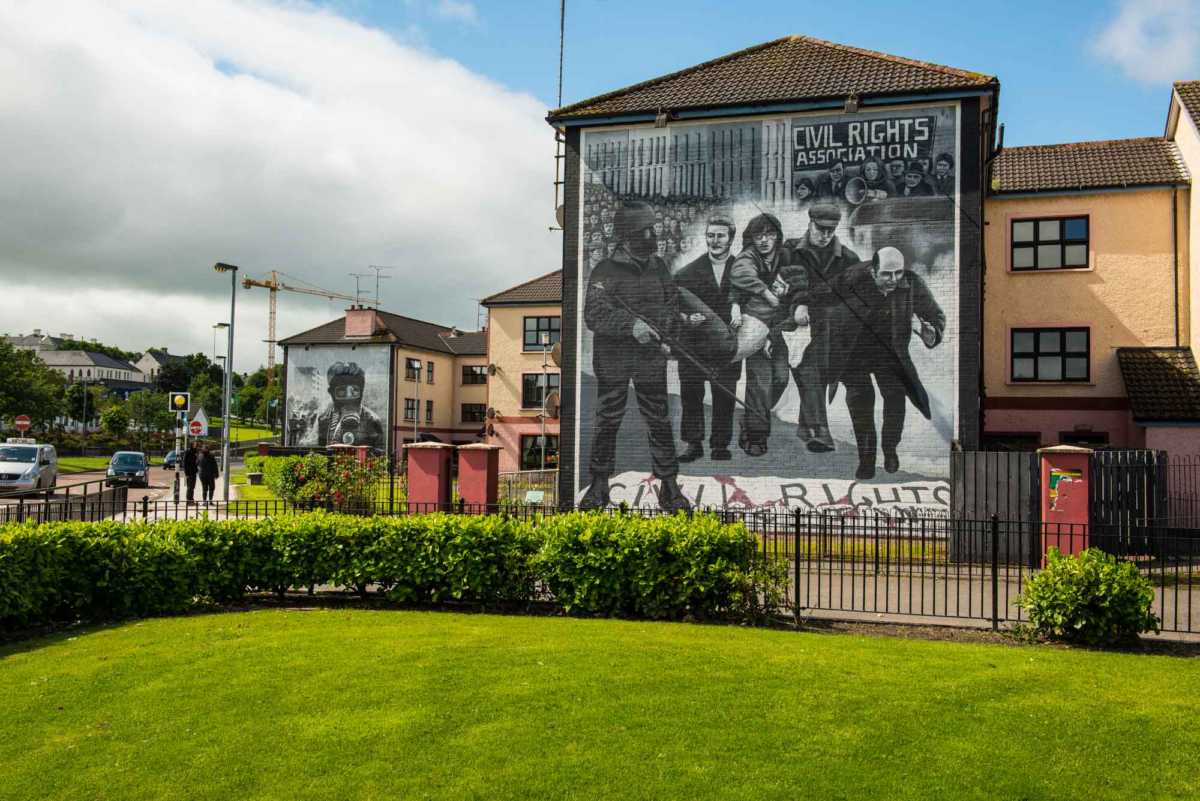 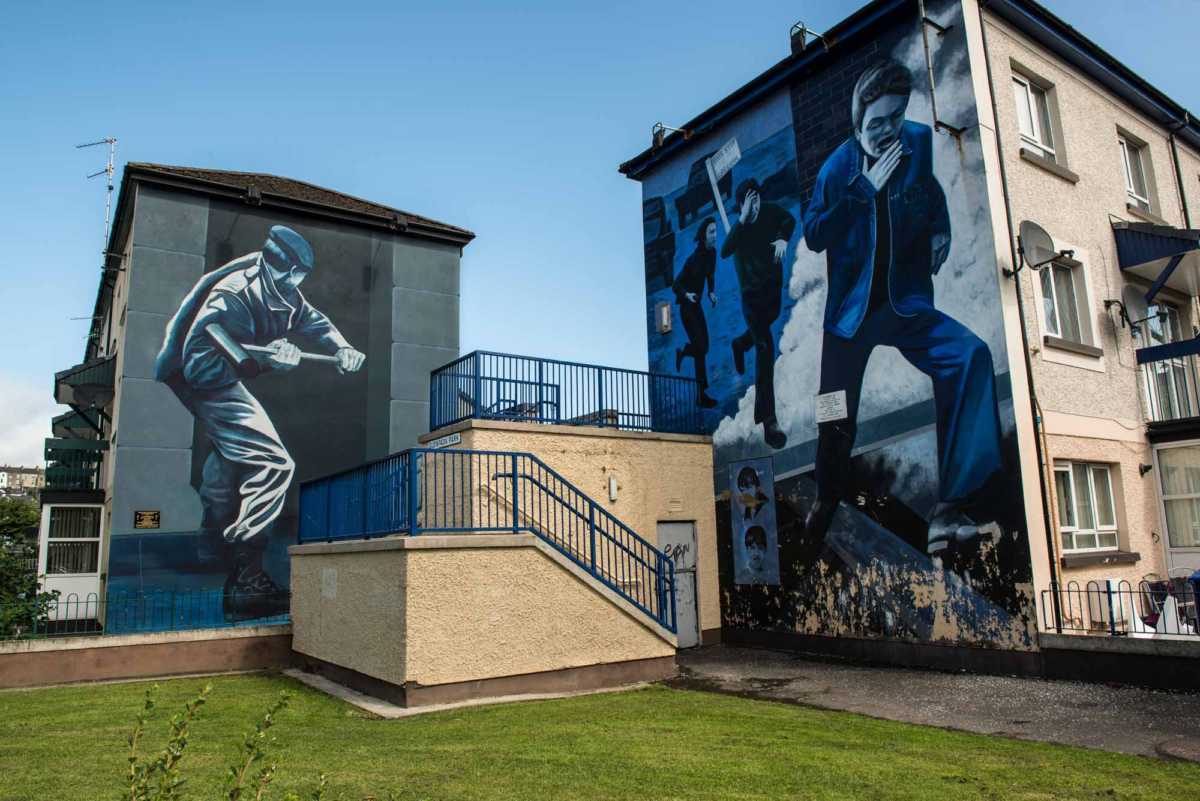