According to UNESCO, what makes Saint Petersburg, Russia a World Heritage Site was the building of “the greatest urban creation of the 18th century” on the swampy estuary of the Neva River. The realization of the vision of Tsar Peter the Great to build Saint Petersburg, over a very short period of time, a city of distinguished edifices and beautiful waterways, was indeed an achievement worthy of world recognition.

If you're going to tour Saint Petersburg, a day spent walking around the city will certainly give at least a sense of the monumental scope of Peter’s dream as you take in the spectacular waterway vistas the city offers.

But, the best part of a visit to Saint Petersburg is actually getting inside the palaces and churches which limn the waterways and seeing up close the grandeur of the execution of Peter’s and his successors’ imaginations.

So, here's our list of suggestions of what to do in Saint Petersburg, Russia.

First, of course, in any visit to Saint Petersburg is the Winter Palace, which encompasses not only a spectacularly ornate palace, but also The Hermitage, one of the world’s largest and greatest art museums. The collection spans thousands of years–from Egyptian sarcophagi to an unsurpassed array of French Impressionists. If you're not stuck on a tour, allow an entire day for this enormous collection.

If you're not well versed in art yourself, however, a tour will allow you to hit the high points of what could be an overwhelming collection. But a warning: a tour guide's job can be to get you through the hordes of visitors and thousands of paintings far too quickly, and you'll miss things like Rogier Van der Weyden's, “Saint Luke Drawing the Virgin” or the Murillo Madonna if you don't know what you're looking for. And your time in front of the Monets, Manets, and Cezannes is going to be limited, too. It's an enormous place with an endless variety of paintings and sculpture.

Don't forget to admire the decorative arts, too. The furniture, the knick-knacks in the showcases, the chandeliers, the frescoes, the bas relief decoration both inside and out, are all worth stopping and admiring. Take your time. You will be rewarded.

Don't miss the Russian State Museum, which has a more modern bent, and also includes a room full of enormous Soviet era murals. I like that the collection includes Russian “expats” such as Rothko, Kandinsky, and Chagall, as well as Soviet approved, but not unskilled, representational artists, most of whom have never been heard of outside Russia.

And, perhaps most impressive are the mosaic-covered walls of the Church of the Savior on the spilled blood, built on the site of the assassination of the Tsar Alexander II. This church definitely merits at least an hour. It's not huge, but the density of decoration and skill of execution is prodigious, and honestly is a tribute to the skill of Soviet restorers.

Built originally at the expense of the royal family as a memorial to Alexander II in the 1880s, the church was ransacked and looted during and after the Russian revolution. During the German siege of Leningrad (as Saint Petersburg was called then) the building was used as a morgue. After the war, it was used as a food warehouse until the 1970s, when it became a museum. Soon after, the restoration began. That restoration took 27 years, and the church was finally opened again–as a tourist attraction–in 1997.

Outside of the center of Saint Petersburg, in the “suburb” of Pushkin, is the palace of Catherine the Great. Honestly it gets slightly tedious moving from one enormous gilded room to another, but I do believe it should be seen. Oddly, I liked the design enough, and the use of the golds and blues is tasteful enough to overlook the inundation of luxuriance. Almost.

Finally, I spoke of the “vistas” of Saint Petersburg. And part of the beauty of the city is the urban landscape especially as it's framed by the waterways and extensive green spaces. In many ways, the city is reminiscent of Stockholm, and if you stretch your imagination a bit, even Venice.

These are only a sample of the dozens of worthy attractions in and around Saint Petersburg. You could allow a week to visit the city and never run out of things to do.

Also keep in mind: given the onerous procedure and expense of getting a Russian visa, you should plan your tour of Saint Petersburg, and the rest of the country, to allow you as much time as possible to see all you want to see.

Our visit to Saint Petersburg was part of our cruise of the “Waterways of the Tsars” with Viking River Cruises. We were hosted on the cruise by Viking, but any opinions expressed are our own.

Pin it, or use any of the social share buttons below. 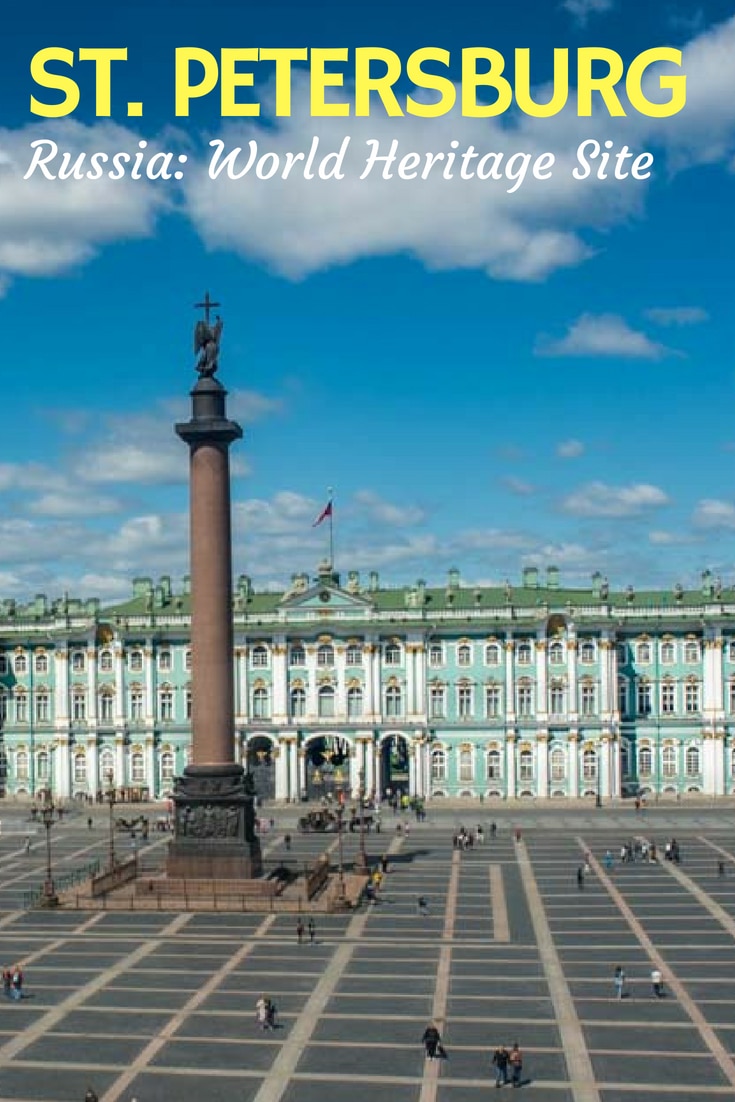 12 thoughts on “Visiting the City Center of Saint Petersburg, Russia”