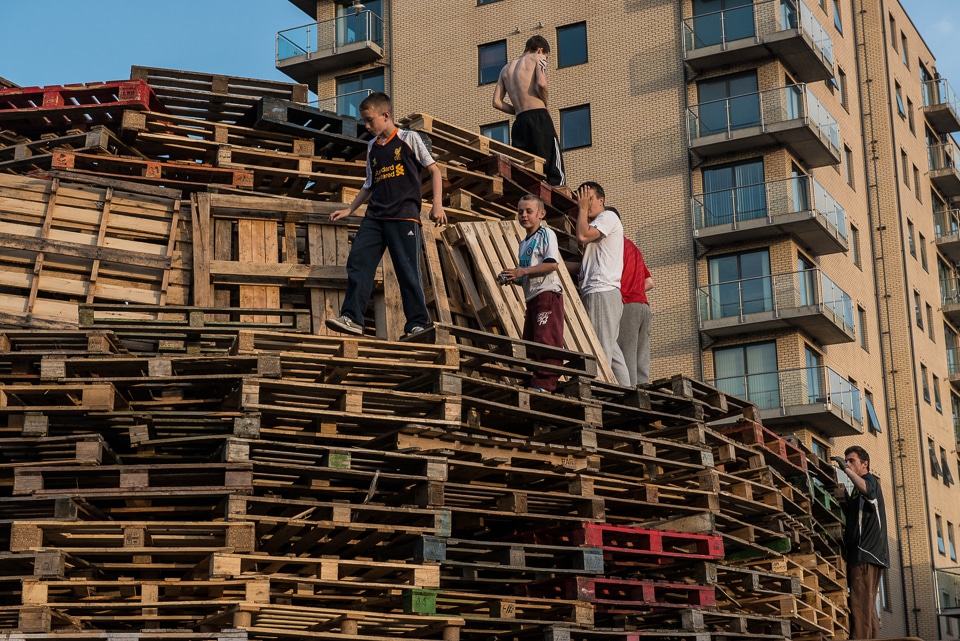 As we were walking through the center of Belfast we saw this future bonfire at the edge of a parking lot. On the night of July 11 every year, the Protestant loyalists have huge bonfires all over Northern Ireland to commemorate the Protestant victory at the Battle of the Boyne in 1690. A few teenage, and younger, boys were on top, just sort of hopping around and drinking a few beers. A few teenaged girls were sitting on a pile of pallets at the edge of the tower, and a little girl, about four, was jumping around on them. Nobody liked having their photo taken, and the boys immediately took up a belligerent attitude as I snapped a few and Kris began to talk to the little girl who was fascinated by the little fur monkey hanging from Kris's backpack. Kris unhooked the monkey from her pack and gave it to the little girl just as one of the courageous boys from the top of the pallets threw a beer can at Kris. As we walked away, a bunch of men pulled up in a van and started unloading tires, which they tossed up to the boys to be dropped into the middle of the pallet heap. I guess they like noxious smoke with their fires, or, as one Northern Irishman told me, they were just illegally dumping.